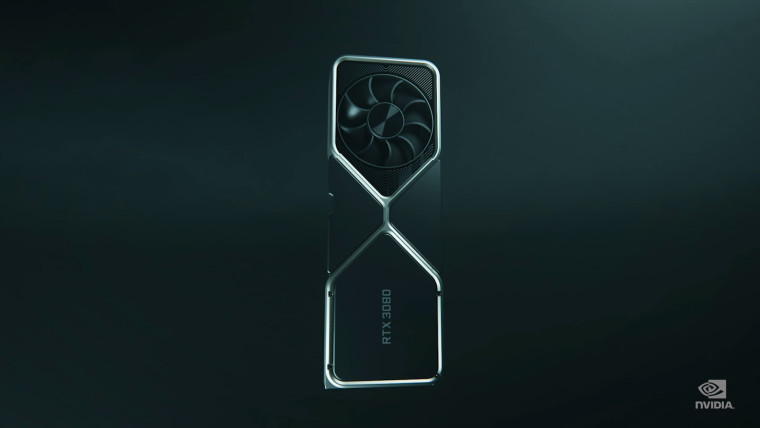 On September 1 Nvidia introduced the RTX 3000 series GPUs that were advertised as being capable of delivering up to twice the performance of the RTX 2080. This created a huge hype among the gaming community and unfortunately, resulted in bots jumping in on launch day to buy the stock and flip it later for a profit. In short, Nvidia botched the launch of both RTX 3080 and 3090 as the company was unable to stop people from buying the GPUs with the sole intention of flipping them on places like eBay for a profit. While Nvidia was reeling in from the launch disaster, those who received the cards are complaining about mid-game crashes on the new hardware.

Nvidia is yet to confirm the root cause of the issue but a deep dive by Igor'sLAB has revealed a disturbing detail. According to the report, it turns out that Nvidia's AIB (Add-In-Board) partners have decided to cheap out on capacitors that are responsible for delivering clean power to the GPU. Igor'sLAB managed to get their hands on Nvidia's reference board design and compared it to Nvidia's card as well as to other OEMs like EVGA, Asus, and MSI.

On comparing the reference design with RTX 3080 FE (Founders Edition) and other partner cards, Igor'sLAB discovered that partners like Zotac were using six POSCAPs (Conductive Polymer Tantalum Solid Capacitors) which are cheaper than MLCC but don't deliver clean power to the GPU.

On the other hand, RTX 3080 FE and EVGA used five POSCAPs and two MLCC (Multilayer Ceramic Chip Capacitor) groups of 10 individual capacitors. In contrast to POSCAPs, MLCCs are more expensive but are much better at delivering clean power to the GPU.

Asus, on the other hand, went overboard and ditched POSCAPs altogether. It could be possible that Asus saw this coming and decided to use only the high-quality MLCCs on its TUF RTX 3080.

Following this report, EVGA confirmed on its forums that it was also planning to go with six low-quality POSCAPs but it did encounter issues and had to delay the deliveries of the GPU. The company also noted that it had later switched to five POSCAPs and two MLCC groups of 10 capacitors to meet the reference spec provided by Nvidia.

But, due to the time crunch, some of the reviewers were sent a pre-production version with 6 POSCAP’s, we are working with those reviewers directly to replace their boards with production versions. EVGA GeForce RTX 3080 XC3 series with 5 POSCAPs + 10 MLCC solution is matched with the XC3 spec without issues.

EVGA's statement further confirms that low-quality capacitors could be the culprit. The issue only arises when the GPU hits 2.0GHz (using GPU boost) which is 300Mhz higher than Nvidia's own FE edition cards. Higher frequency means partners had to develop a solution better than that of Nvidia so the GPU can get enough power.

Unfortunately, it is still too early to say with absolute certainty if low-quality capacitors are causing all the issues. We expect Nvidia to work with board partners to collect and analyze the data before reaching a conclusion. That said, if capacitors are to be blamed then there is nothing manufacturers can do as it would require a major change in the manufacturing process as well as the board design which would be expensive.

Alternatively, manufacturers could issue a vBIOS update that will limit cards from breaching the 1710Mhz limit set by Nvidia for the FE cards. This will mean that the cards won't boost as aggressively as they are right now and will be slower but they will also require less power and will be stable.

In the meantime, you can go to MSI Afterburner and offset the GPU's clock speed by around 100Mhz to ensure that it does not boost too high. If you are looking to buy an RTX 3080 then you can check out u/Nestledrink's comment on Reddit where he shared a list of GPUs and their capacitor arrangements. This should help you make an informed decision and stay away from those who are using the low-quality POSCAPs only.