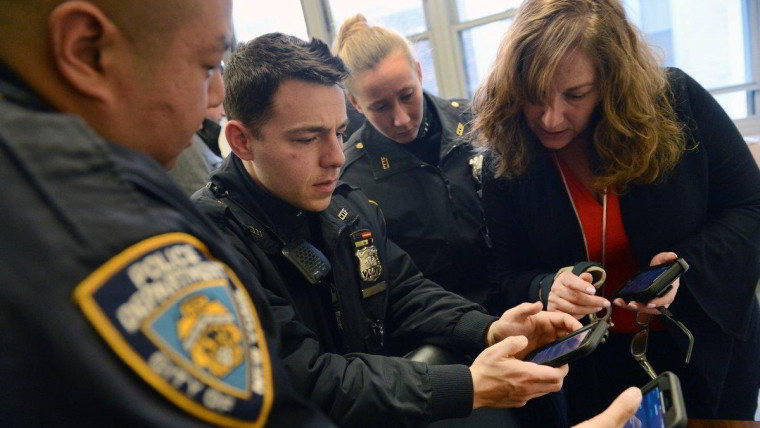 Microsoft has acknowledged that Windows 10 Mobile is on its deathbed, so users really have no reason to use Windows phones any longer. Among those switching to new handsets are officers of the New York Police Department, who have started getting new iPhone 7 and 7 Plus devices.

Over the next few weeks, the NYPD will ditch 36,000 Nokia Lumia devices, instead giving the new Apple units to officers in its five boroughs. About 600 devices are being rolled out each day, with Manhattan getting them now. Officers in Staten Island and the Bronx have already gotten their phones, with the Queens and Brooklyn departments coming next. The shift started around Christmas.

The new smartphones will be used to "fill out some summonses, accident reports, aided cards and domestic violence reports." The 911 app also allows officers to receive dispatch calls over the phones before they get them on their radios. The switch to iPhones will also allow officers to get video and surveillance pictures quicker.

The shift to smartphones in 2010 has helped drop response times to incidents by 14 percent, Tisch said.

The new phones are part of an upgrade program the NYPD has with AT&T, so no additional cost is involved. And the old Nokia phones won't be dumped, as the department plans to wipe them clean and sell them back to Microsoft, which bought Nokia's Devices and Services division in 2014.

The department faced criticism when it was first revealed that they would be using Lumia phones, deemed "useless" by some after Microsoft stopped supporting the devices in June. The department responded, saying that the phones were doing the job that they were purchased for.