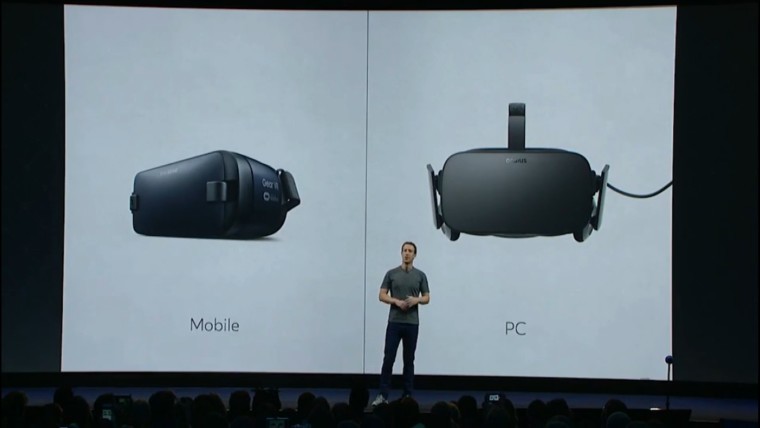 Virtual and augmented reality are at the forefront of technological innovation these days, with multiple companies like Google, Microsoft and Samsung making various plays in the department. The biggest name in VR, however, is Oculus, whose Rift headset is currently the most powerful VR experience available.

The company, which was acquired by Facebook for $2 billion, today held its Connect 3 conference, spearheaded by none other than Facebook CEO Mark Zuckerberg. At the event, the company made several announcements regarding its products, including a virtual reality social platform (Facebook for VR, if you will) called Toybox, which Facebook is currently collaborating with Oculus on. It also demonstrated more advanced VR avatars, allowing you to hang out with friends on the other end of the world in a virtual space, with relatively advanced features such as limb tracking and even some rudimentary facial expressions.

The biggest announcement by far, though, was an upcoming standalone VR headset. The gamer-focused Rift currently requires a PC, and a relatively powerful one at that, to power it, limiting users' mobility. The new headset will be entirely standalone, albeit less powerful than the Rift. The as yet unnamed headset also one-ups mobile headsets like Gear VR and Google's Daydream View with position tracking, something exclusive to desktop VR until this point. While the headset will be cheaper than the Rift, it is still only a prototype at this point and no release date has yet been given.

Alongside these, the company also announced, as usual, a number of new games coming to its VR catalog, alongside $49 in-ear headphones to be used alongside its headsets. Lastly, the company finally gave us a release date for its long-awaited Oculus Touch controllers: December 6th.