Office 2011 for Mac computers is set to launch by the end of the year, just in time for the Christmas 2010 holiday season.

Office 2011 for Mac will bring ribbon support for applications.  The ribbon will be similar to Office 2010 for Windows, but with the Mac theme support.

Office 2011 for Mac will not only receive cross-application ribbon support, but also sharing for documents and web application support.  Users will be able to edit the same document and share between Windows and Mac users at any time, with real-time editing on both machines.  Users will be able to make edits and changes to the same document, but not the same paragraph.  This will work for Word, Excel and PowerPoint applications.

The old practice for earlier versions of Office would prevent users from opening the same document when edits were being made, usually causing in frustration for one or more parties, if a document was left open by mistake. 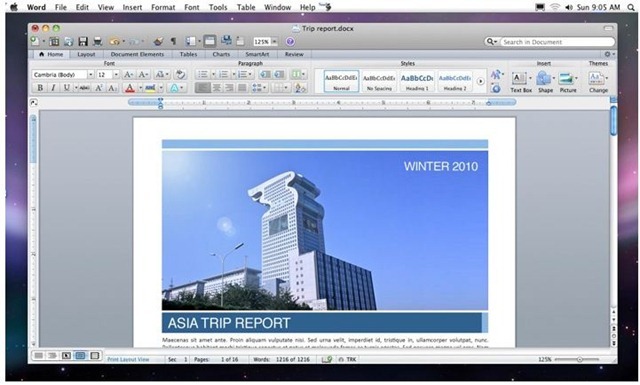