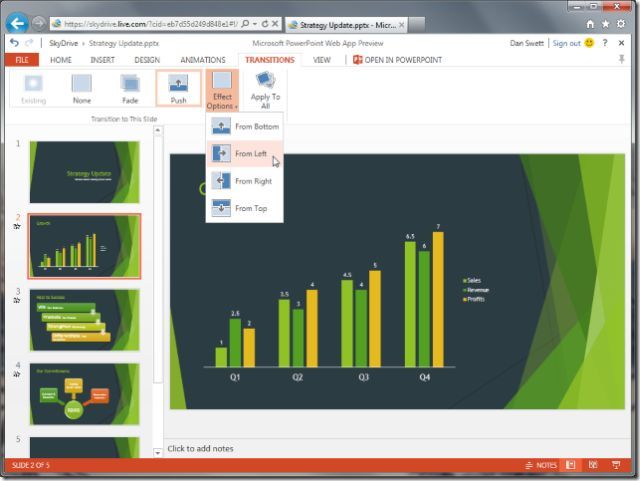 Microsoft launched the preview version of Office 2013 earlier this week, but today the company announced the launch of a related product for users of its SkyDrive cloud data storage service. The new product is the Office Web Apps on SkyDrive.

In a post on the Office Next blog, Microsoft gave some of the details behind the SkyDrive version of Office Web Apps. In a nutshell, it lets users access Office documents with any device that has a web browser. User can sign up by downloading the Office 365 Preview version, or by signing into a SkyDrive account via a special web page. Microsoft adds, "Either way, you will get the same new Office Web Apps when you create or click on a Word, Excel, PowerPoint or OneNote document."

Microsoft launched the first version of Office Web Apps in June 2010. For the launch of the SkyDrive version, Microsoft also wanted to add some improvements to the web software suite. That included better authoring tools, adding touch support for hardware that supported such features, putting in support for co-authoring in documents and improved performance for editing files.

Microsoft has also added better support and performance for devices with mobile web browsers, such as iOS and Android-based products.