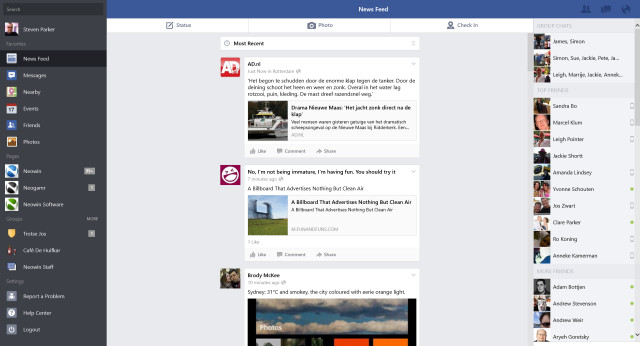 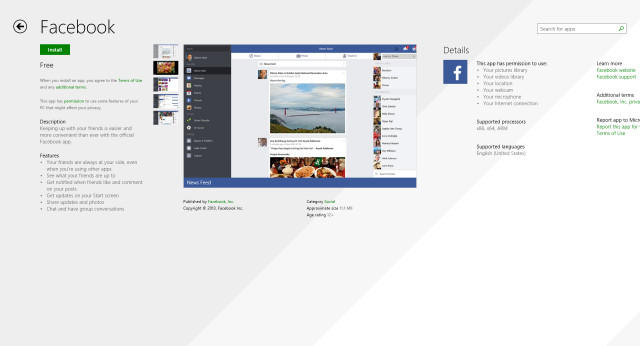 The official description on the Windows Store page doesn't offer much in terms of what features are in the new Facebook app. It does say that any updates will appear on the Windows 8.1 Start screen but that appears to be the only feature that's unique to the app compared to other official Facebook clients. 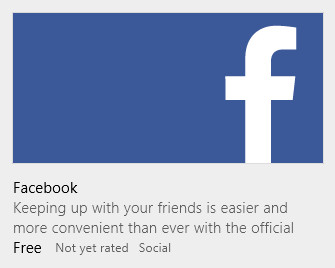 This is the 'official' one, among a bunch of other 'fake' Facebook apps.

What we do know is that it might not be easy to find due to fragmentation of the Windows Store, showing a lot of unofficial apps. We've screenshot the listing above, which might already be available to you.

Account Settings in the charm settings panel opens in the web browser, and interestingly the app looks just like the official Microsoft one for Windows Phone 8 when snapped.