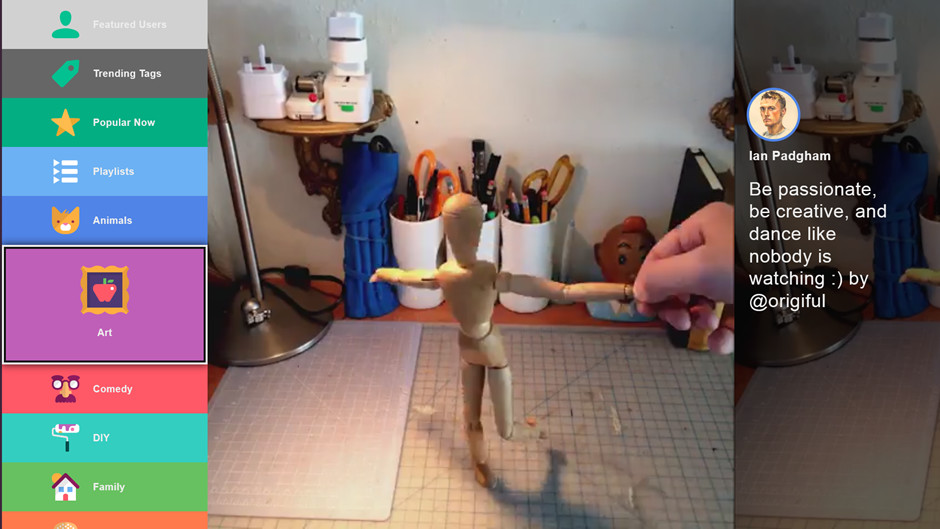 Official Vine apps have been exclusive to smartphones since the service first launched, but that's changing today with the release of the social network's Xbox One app.

Revealed today in a post on Xbox Wire, Vine for Xbox One will allow users to view six-second videos uploaded to the social network, though they won't be able to record and upload clips themselves. Users can sort through channels on Vine with either a control or Kinect voice and gesture navigation, and they can also snap the app to the side of the screen.

Microsoft's inclusion of Twitter and Vine on Xbox One marks a change in its previous stance on social networks for its consoles, as it pulled apps for Twitter and Facebook from the Xbox 360 marketplace in October 2012. In a statement shortly after their removal from the marketplace, Microsoft said the social networks could instead be accessed via Internet Explorer on the console.