As Microsoft and Sony get ready to launch their next generation game consoles in less than three months, much has been made of the fact that both the Xbox One and the PlayStation 4 are using hardware co-designed by AMD. The processors inside both consoles are based on x86 architecture, the same design that processors use for most Windows PCs. 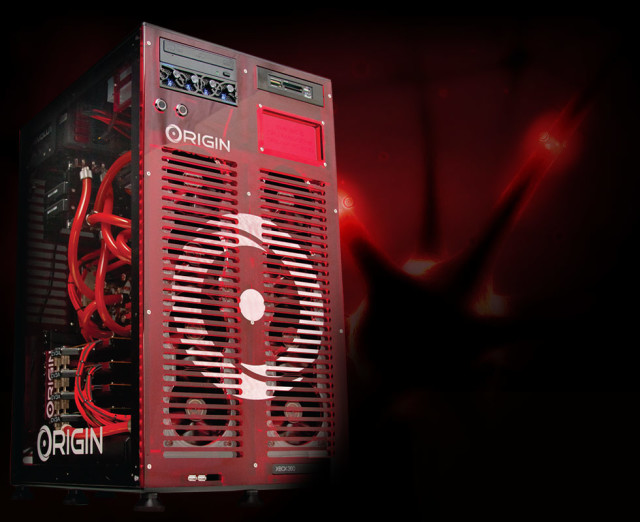 There's already a company out there that makes a very high end gaming desktop PC that includes all of the hardware of Microsoft's current game console, the Xbox 360. That's the Big O from ORIGIN PC which the company introduced in September 2010. The company doesn't list a price for the Big O on its website (you have to email them for that info) but when it was first launched three years ago, the starting price was $7,669 and went up to $17,000.

With the Xbox 360 now nearly eight years old and with the Xbox One and PS4 now getting close to release, we wondered if ORIGIN PC had plans to launch a new version of the Big O with a PC combined with the hardware in Microsoft's or Sony's consoles. We contacted ORIGIN PC's CEO Kevin Wasielewski, and he told us,"We will definitely be looking into next gen consoles for the Big O."

And has the PC-Xbox 360 version of the Big O been a success for ORIGIN PC? Wasielewski says, "It has done well for us, going undefeated winning CPU’s Dream Machine competition two years in a row, it was featured in the Bellevue Microsoft store, and has been custom built for many customers." As expected, he did not reveal specific sales numbers.

So if you want to wait to get a PC that also has the hardware of the new generation of game consoles included, you might want to wait; ORIGIN PC might have something for you sometime in the future ... if you have the cash.