When a product is hyped up as much as the Palm Pre was you would expect a flawless product when launched. But if history is anything of an indicator there will be initial issues and of course the Pre is no different.

The Palm Pre went on sale this past Saturday and reports from users are coming in about issues with screen uniformity, Pre's that are running hot, phones that are experiencing random shut downs and some have dead pixels.

The picture posted below is what many users are reporting as screen uniformity problems. Speculation is that it is due to the phone over heating but the cause still remains unknown. The phones initial issues, unfortunately, are not all the uncommon in today's technology world. Looking back at the iPhone launch it was plagued with activation issues and the Blackberry Storm's launch with pre-mature software; Palm is in good company.

All of the mentioned issues are generally expected when you purchase the first generation of a product that is as complex as this device. If you're wanting a Pre but don't want to deal with the potential issues waiting a month or two may be a good idea so that a software fix can be issued and production teething kinks can be worked out. Also, always remember that generally only the users with problems post most don't create threads or write articles to state that their Pre is flawless. 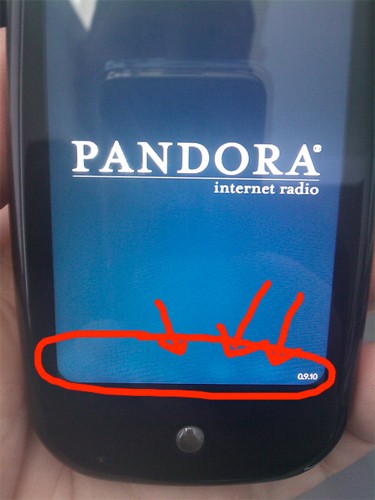