Palm smartphones may be making a comeback in 2015. Navigating to the site palm.com will redirect you to mynewpalm.com. The only thing visible on the new site is a teaser graphic - the Palm logo with a message underneath stating "coming soon," and "smart move". 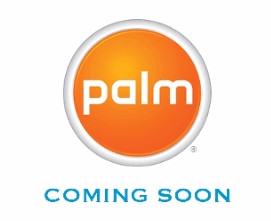 "The site is registered to a company named Wide Progress Global Limited, which apparently purchased the right to use the Palm brand from Hewlett Packard recently. One of the names attached is Nicholas Zibell, who is also Alcatel OneTouch’s president of operations in America."

Apparently, while Alcatel OneTouch has released a few smartphones globally, the company has never made a huge impact and isn't well known outside of Asia compared to Chinese companies Huawei, ZTE, and Xiaomi.

The use of the "smart move" tagline, which is also used by Alcatel OneTouch, does seems to indicate a revival of the Palm brand. Outside of this fact, there have been no clues about what products the Palm name will be used on. However, Alcatel OneTouch currently focuses on Android-based smartphones and tablets, so the possibility of an Android-based phone with the Palm branding on it seems likely.

Hopefully we will find out more soon with CES 2015 starting on January 6th 2015 in Las Vegas, which is just a few days away!