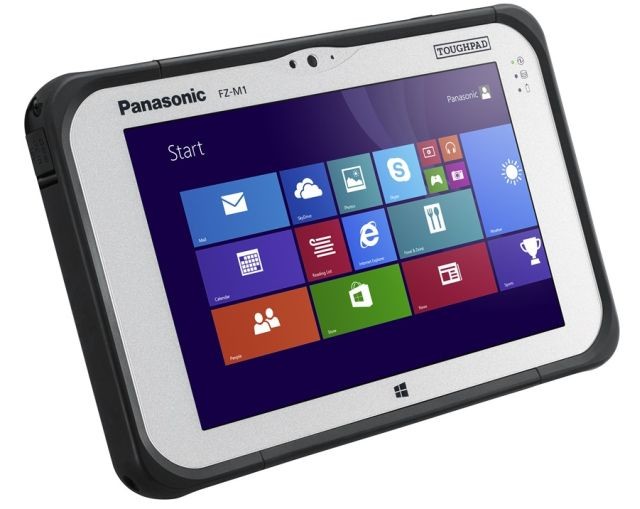 While we wait patiently for Panasonic to finally start selling its long-awaited 20-inch 4K Windows 8.1 tablet, the company has yet another product with Microsoft's operating system installed that it is showing off at CES 2013 today.

During Panasonic's press conference in Las Vegas, the company revealed the Toughpad FZ-M1. This 7-inch tablet will run Windows 8.1 on a Intel Core i5 processor, but the cool thing is Panasonic is promoting it as the thinnest rugged tablet ever made at just 0.7 inches. It has received a MIL-STD-810G rating for rough and tumble, along with an IP65 certification for resisting water and dust.

The 1.2 pound tablet will have a display with a 1280x800 resolution, along with 8GB of RAM and a 128GB SSD, with an option to increase the storage to 256GB, according to their press release.  The standard battery will last for up to 8 hours and there's a higher capacity battery available that can boost the tablet's life up to 16 hours.

The Panasonic Toughpad FZ-M1 will be released this spring for the starting price of $2,099 (yes, all that toughness does not come cheap). A version with an Intel Bay Trail-M processor will be released later this summer.