The upcoming Panasonic 20-inch Windows 8.1 tablet, with a display resolution of 3840x2560, is definitely one of the most unique hardware products to use Microsoft's OS. The tablet has been delayed more than once since it was first announced in January 2013 but now Neowin has learned that it could start finally shipping to select retailers as early as next week. 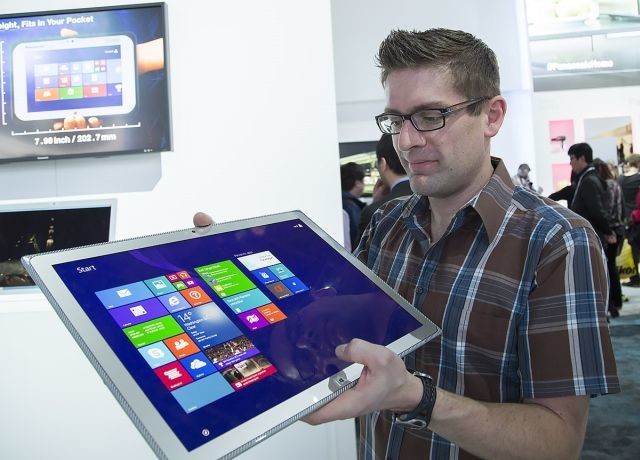 Neowin contacted Panasonic's PR reps earlier this week to get an update on the Toughpad 4K UT-MB5 model, but were told over the phone that the product had started shipments in February, as previously announced. However, when we searched the Internet we found no signs that the tablet was being sold.

We contacted a number of known resellers of Panasonic Toughpad and Toughbook products and got a response this weekend from Rugged Mobile Computing, who directed us to their webpage for the Toughpad 4K UT-MB5. As you can see, the page shows that it will start taking orders on Monday, March 10th. A rep for the reseller told us that the estimated ship dates for the tablet are between March 10th and April 3rd. By the way, the company is selling the product for $5,215, which is actually a discount compared to Panasonic's suggested price of $5,999.

Keep in mind this is the Toughpad 4K UT-MB5 version that may start shipments next week. This is the model with an Intel Core i5 processor with a 1.9 GHz clock speed, along with 8GB of RAM and 256GB of SSD storage. It also will have a NVIDIA GeForce GT 745M graphics chip with 2GB of VRAM and a 720p webcam.

Panasonic's Performance model of the Toughpad 4K tablet is supposed to ship later this spring for a suggested price of $6,999. It will have an Intel Core i7 processor, 16GB of RAM and an NVIDIA Quadro K1000 graphics processor, among other additions.