The quest for companies to sell PCs designed to be connected to big-screen living room televisions has been going on for the past couple of decades without a lot of mainstream success. Today, U.K. company PiixL claims it has a solution for this market called Jetpack, a small PC that's designed to be put behind a flat screen TV. 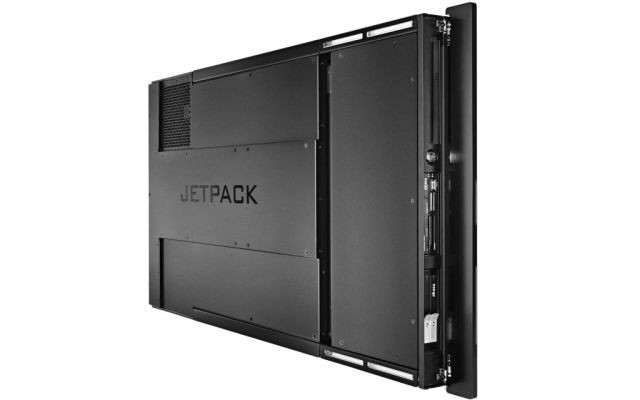 The company's press release states that the Jetpack has an ultra-thin case design that's also been crafted so that its width can be extended. This allows the PC's ports to be positioned on the edge of TVs from 32 to 70 inches in size. It adds, "This sleek design factor enables Jetpack to be directly mounted between the back of any wall mountable TV and wall bracket via the VESA Flat Display Mounting Interface which can be found at the back of most modern TVs."

PiixL claims the Jetpack will have some high-end hardware specs inside, including Intel Core i7 processors, up to 1TB of SSD storage, and NVIDIA Titan or GTX780 graphics cards. Either Windows or Valve's upcoming SteamOS can be installed inside the Jetpack.

Piixl plans to launch the Jetpack on Jan. 1, with prices beginning at $1,000. More information on the PC will be revealed later this month.