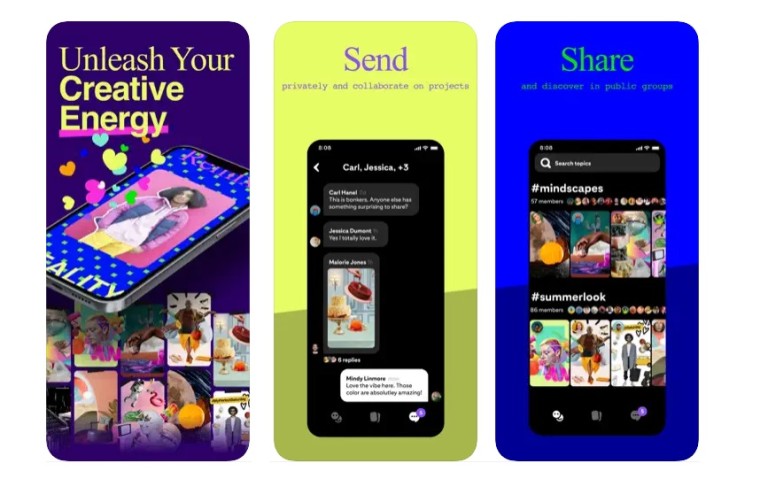 Pinterest has released a standalone app called “Shuffles”. Currently available through an invite-only system, the app can be used to create collages using photos, image cutouts, and other animated effects.

A Pinterest spokesperson reportedly confirmed that Shuffles is made by TwoTwenty, the company’s in-house incubator team that launched last November:

Shuffles is a standalone app created by TwoTwenty, Pinterest’s innovative incubator team. Shuffles is an engaging way to create, publish, and share visual content. With more people coming to our platform for creative inspiration, we’re continuously experimenting with new ways to help Pinners and Creators bring their ideas to life.

Shuffles is currently available for the iPhone and has been listed on the iOS App Store. In other words, it is not available for Android users yet. Pinterest did not formally launch the app, and hence, it is not clear if the company plans to release an Android variant of Shuffles. Although available through an invite-only system, interested users can join a waitlist.

Shuffles’ description on the App Store mentions that users can build their own collages using Pinterest’s photo library or snap photos of objects they want to include using the camera.

Pinterest does allow users to create and post collages. However, the majority of these collages have a mundane, white background. Using Shuffles, Pinterest users can make their collages attractive.

The Shuffles app apparently has the ability to recognize individual objects, and hence, users can pick objects from the image with just a tap on the screen. Once all the images have been collected, and all the desired objects cut from them, users can resize, layer, and rotate them into a collage.

The Shuffles app includes animations and other special effects. Users can change the background colors as well as add text to describe what the collage is about. Shuffles is also allowing users to customize collages made by someone else. The collages can be easily shared, and users can even collaborate with their friends privately. The final creations can be easily posted on public groups.

Pinterest hasn’t been innovating at the same pace as Instagram. However, with Shuffles, Pinterest could cement its position in the professional world, where artists collaborate on commercial projects.