One of those really handy, but rarely needed, features of modern smartphones is the ability to locate your device in the event that you’re separated from it. It’s not the kind of feature that most of use every day – but on that occasion that you lose your phone, there’s something enormously reassuring about being able to track it online, and even be able to remotely wipe its contents.

When one British iPhone owner had his handset stolen in a burglary, he was no doubt greatly reassured at being able to track its whereabouts on his iPad, and referred the matter to the Nottinghamshire Police force. The police reviewed the location data from Apple, and identified that the iPhone was sitting in a house on Rufford Road, Sherwood. 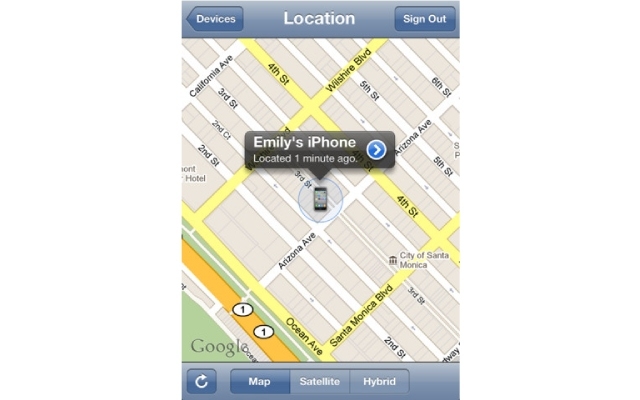 When officers arrived at the house and broke down its front door to gain entry, there was no sign of the iPhone or the person who had stolen it. In fact, officers had inadvertently stormed into an unoccupied property that was in the middle of renovations. The house’s owner, Robert Kerr, was unimpressed, particularly when solicitors acting on behalf of Nottingham Police stated that Mr Kerr would not be compensated for the damage, which amounted to almost £500 GBP ($790 USD / €590 EUR).

Speaking with The Telegraph, Mr Kerr stated: “I feel utterly disgusted with the police. I understand that they thought the stolen phone was in the property, so I understand why they broke in. But what I don’t understand or accept is the refusal to pay for the damage done.”

A letter sent to Mr Kerr by police solicitors explained: “The iPad showed the location of the iPhone inside your property. Officers reasonably believed the offender was hiding inside the property with the stolen iPhone.” A police spokesperson added that the iPhone location data was supplemented by conversations with local residents to inform the decision to enter Mr Kerr’s property.

In 2010, an official review from Her Majesty’s Inspectorate of Constabulary found that Nottingham Police was the worst performing police force in the United Kingdom.