During an interview with Trusted Reviews, Slightly Mad Studios' Game Director Stephen Viljoen discussed, amongst other things, the visual difference between the Xbox One X and PlayStation 4 Pro versions of the upcoming Project Cars 2. 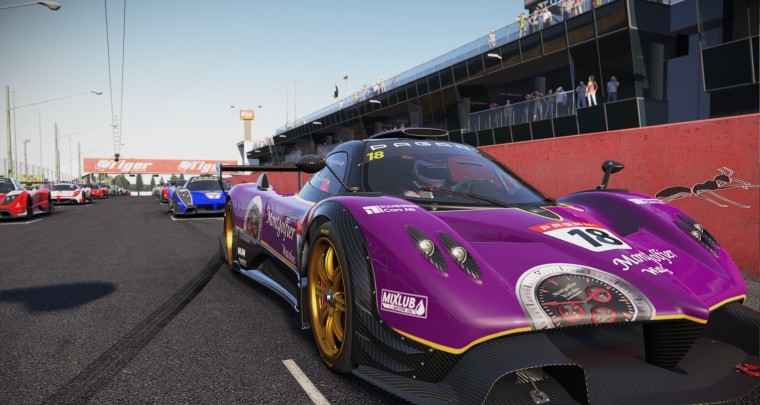 Viljoen responded to a question relating to the possible differences between these two platforms by pointing out that even though the underlying physics experience would be exactly the same between all versions of the game regardless of platform, gamers on Xbox One X will have a clear advantage when it comes to visuals:

“I can’t tell you exactly what all the various sliders will be at when you’re on Xbox One X versus on PS4 Pro, but obviously they’ll be higher, so there will be a significant, a noticeable improvement, because you have better hardware.”

He further explained that the studio was willing to sacrifice on the quality of the visuals on consoles to ensure that the gameplay experience remained at the high level that fans of the series are used to. The first installment of the series that launched on Xbox One and PlayStation 4 last year had significant frame rate issues, and seeing the studio focus on smooth gameplay is encouraging.

Recently the studio took aim at the Forza Motorsport franchise, noting that Turn 10 was playing 'catch up' when it comes to racing games due to the fact that Project Cars had dynamic weather, and supported 4K output before the upcoming Forza Motorsport 7, which will launch in October.

Project Cars 2 will launch on Xbox One, PlayStation 4, and PC on September 22. The Xbox One X will launch later in the year on November 7 and features a 4K capable 6Tflop GPU and has a retail price of $499. The console was recently cleared by the FCC, so pre-orders should start soon.