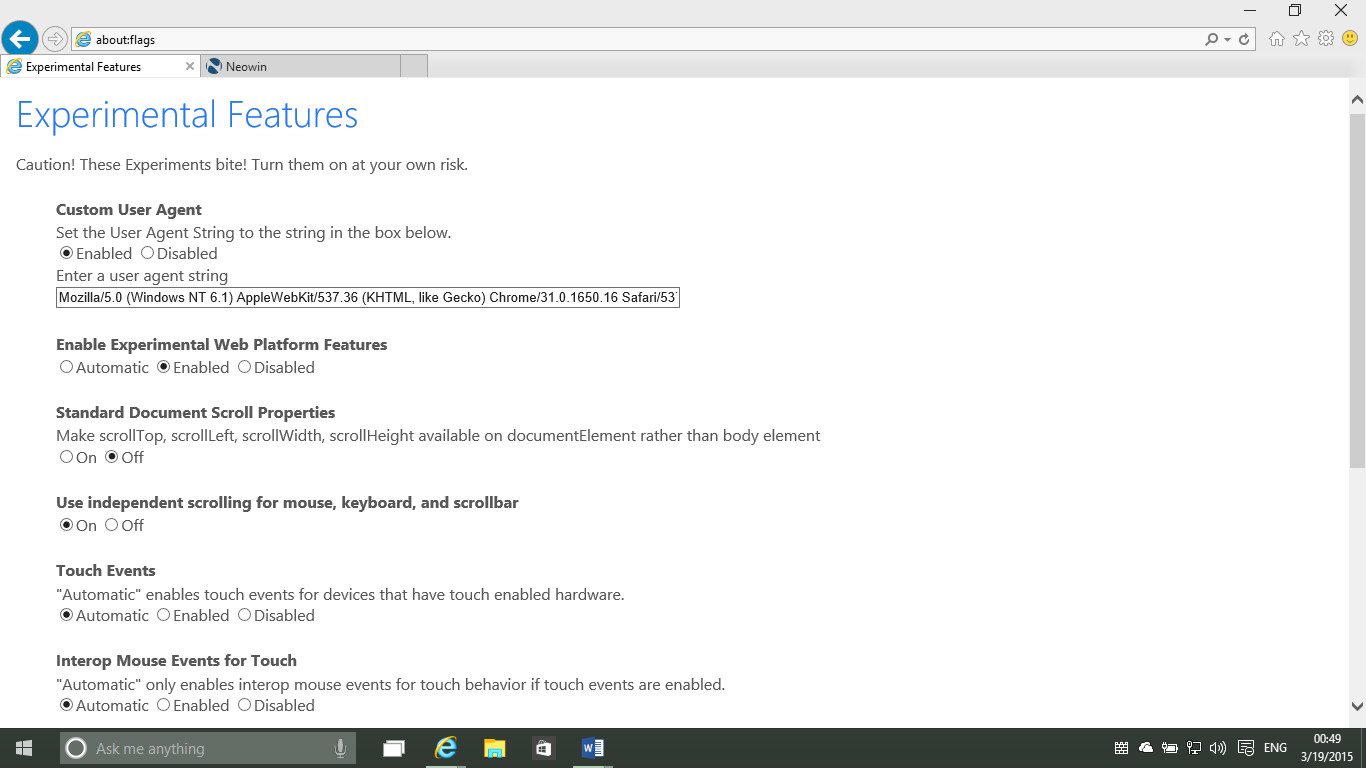 If you’ve downloaded the latest Technical Preview build of Windows 10, you may have noticed that Project Spartan preview is not present in the new release, but there’s a good reason for that, and you can read all about it here.

This is probably not the news you’ve waited for, but there’s still a positive side to this story after all. First, the IE team has mentioned that Insiders will get to test Spartan in the next preview release, which Microsoft said could be less than a month away, if all goes well. Second, Spartan’s rendering engine called EdgeHTML is available in build 10041, and can be tested with Internet Explorer via a toggle in the about:flags page called “Enable experimental Web platform features.”

The IE team said that the March update has several new features and improvements:

There are also some other features either fully or partially implemented, and they can be activated in the about:flags page in Internet Explorer:

When tested in operation, we found that popular websites work quite well, and the only notable issues are with disappearing controls on embedded Youtube videos, which tends to happen in older builds as well.