After many months in development with the help of five million Windows Insiders around the world, Windows 10 is finally rolling out today. The OS will come be pre-installed on many new PCs, but for now, most users will be getting their first taste of Windows 10 through the free upgrade available for their existing Windows 7 and 8.1 machines. 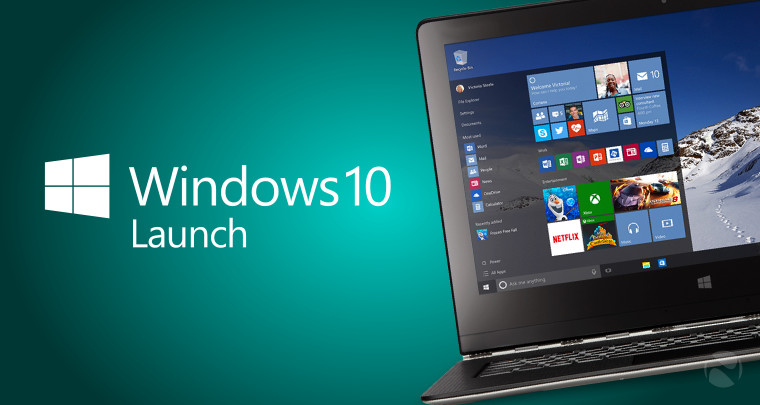 We're well into Windows 10's launch day now - indeed, in some parts of the world, it's already July 30 - but if you've been getting worried because the upgrade still hasn't arrived for your PC, don't panic.

Microsoft has made it clear that it won't simply open the floodgates, allowing everyone to upgrade at the same time. Instead, as the company has said, Windows 10 will be rolled out 'in waves', so some users will see the upgrade notification before others.

We're rolling out #Windows10 from today in waves. When your PC is ready to upgrade you will see this icon... pic.twitter.com/lSTSADHjQF

So there's no need to worry just yet if your PC hasn't been upgraded so far - it's simply waiting in line for its number to be called, at which point the notification icon will appear on your desktop. This may be frustrating for those still waiting, but as far as Microsoft is concerned, this is the best way to try to ensure a smooth upgrade for everyone.

Indeed, the strain on Microsoft's servers of allowing everyone to upgrade at once would be potentially massive, to say nothing of the demands placed on the wider network infrastructure that delivers those downloads. Microsoft has already reserved a massive 40Tbps of bandwidth with content delivery networks (CDNs), and it certainly seems to need it - Windows 10 is being installed at the rate of 16 upgrades per second.

Update: Neowin member +Brando212 got in touch with us to point out that if you don't want to wait for the update notification to arrive, you can also download the Windows 10 Media Creation Tool, adding that "it gives a direct upgrade option without [the] need to create media as well".