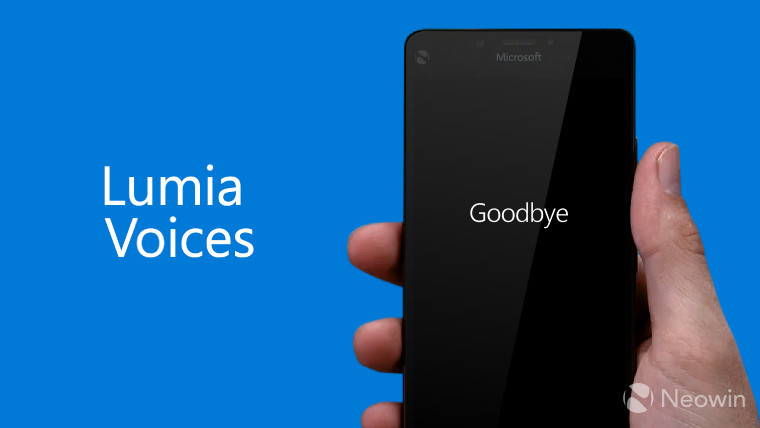 After announcing its plans to do so last month, Microsoft is closing its Lumia Voices mobile community today.

Over the last few years, @LumiaVoices has been the "home of people who do wonderful things with technology" for fans of Microsoft's Lumia handsets. The account regularly tweeted photos taken by owners of the company's devices, as well as championing its hardware by sharing positive feedback, reviews and features about the Lumia range.

ANNOUNCEMENT: On April 12th this account will close. Thanks for all your support. Please follow @Lumia and @Microsoft for the latest news.

The closure also marks the end of the wider Lumia Voices program, previously known as Nokia (and later Microsoft) Connects, which included the Lumia Trials program, allowing newcomers to the platform, and those curious about new Windows phones, to test drive those devices for a couple of weeks.

It seems that Lumia Trials may continue to be offered in some capacity "through local teams":

@iamryanodonnell Hey Ryan. Not through the Voices programme. There may be other avenues through local teams - TBC :) ^LK

The @LumiaVoices account itself hasn't actually tweeted since March 29, when the announcement of its upcoming closure was made - but today, it officially reaches the end of the road.

Users are now encouraged to follow @Lumia - which already duplicated much of the same content shared by @LumiaVoices - and the main @Microsoft account for news across the rest of the company.

The @LumiaHelp account will also remain available for those needing support with their handsets.