Microsoft UK launched the Lumia 830 today, inviting the media to a special event at the 'Destination Star Trek' convention at London's Excel center. And as a special surprise, the company announced that it has had a bit of fun with Cortana, adding some new features especially for fans of the legendary sci-fi show.

Try, for example, asking Cortana if she can speak Klingon, and await her response. 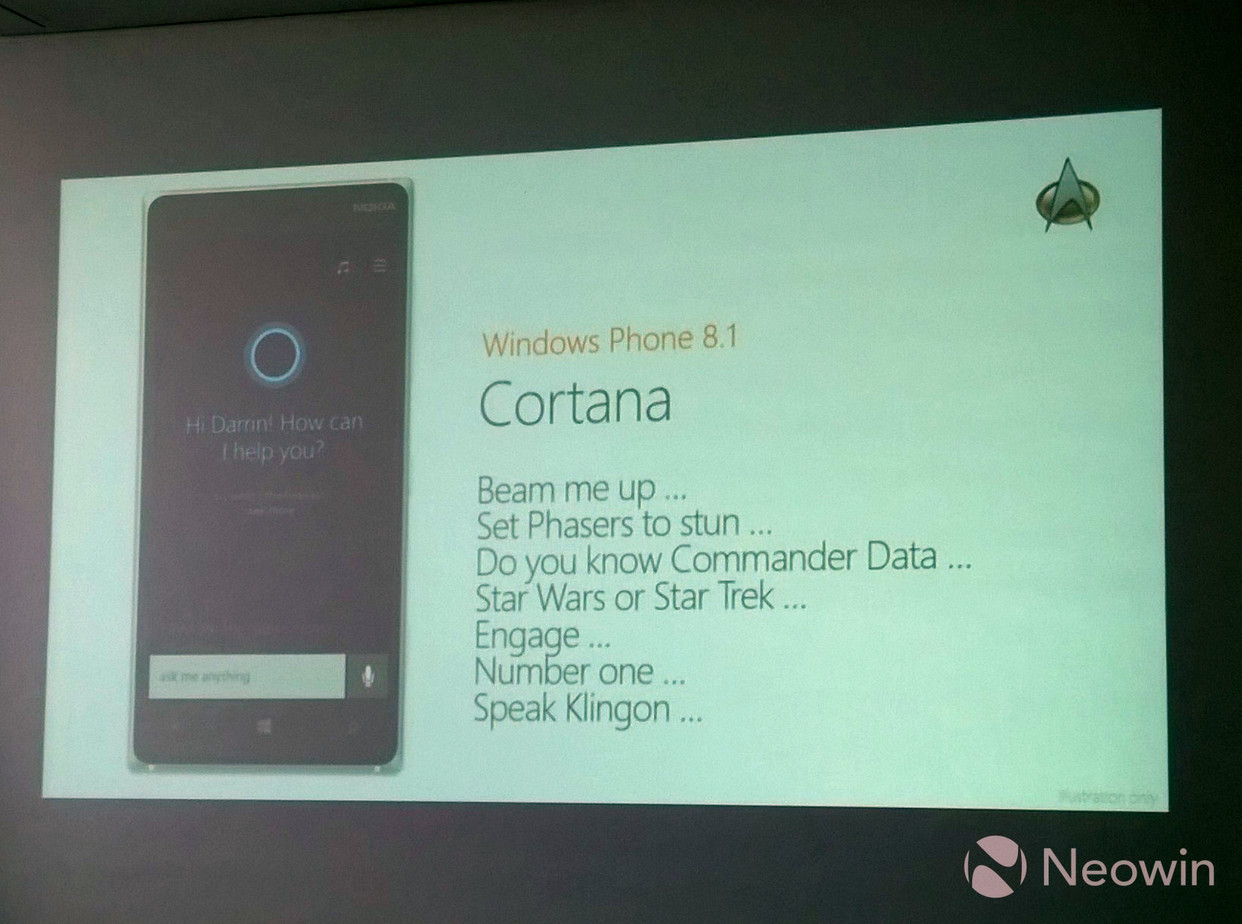 But there are also a range of other phrases to which you'll get some fun responses, including "Beam me up", "Set phasers to stun", and the highly contentious "Star Wars or Star Trek?"

None of this adds any major functionality to Microsoft's digital personal assistant, but it's just another example of the company showing its lighter side, and letting users have a bit more fun with their Windows Phones.