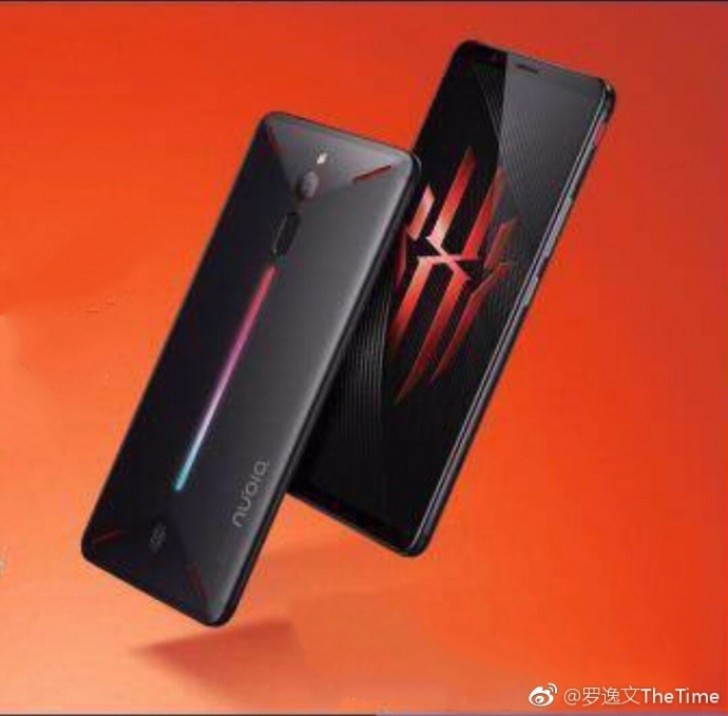 Last week, ZTE-owned Nubia made it clear that it had intentions to enter the gaming smartphone space with its latest sub-brand, Red Magic. Today, it looks like a new leak has surfaced that shows off the alleged upcoming smartphone in full, prior to its official unveiling slated for April 19.

Despite it not being a clear image, it still gives us a good look at the smartphone, showing off a unique design on its convex rear. You can see a single camera sensor, an elongated fingerprint reader, and also what appears to be a long multi-colored LED stripe. By looking closely, there is also an additional button on the right bezel, above what appears to be the power button and volume rocker.

As you can imagine for a handset bound to release in 2018, the display looks to be elongated and could feature an 18:9 aspect ratio. While the display bezels aren't as thin as its competitors, it still looks quite good. While the specifications for the handset are unknown, there have been rumors that it could include Qualcomm's latest Snapdragon 845 processor. Red Magic's parent company, ZTE was most recently banned from purchasing parts from U.S. firms and while this device was planned in advance, it will still be interesting to see how manufacturing of this handset plays out.

Luckily, with a release expected on April 19, we won't have to wait long to find out all of the details.