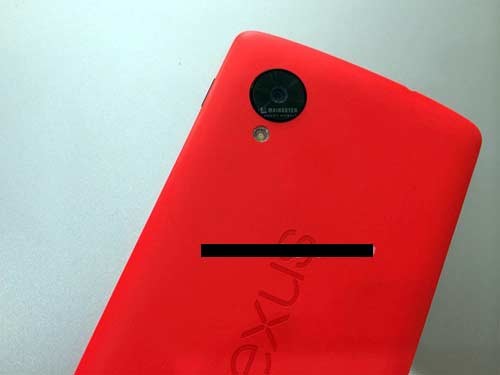 The blurry image of the red Nexus 5 could spur many colourful additions to come.

An image of a red Google Nexus 5 model has surfaced in Vietnam, which could mark the beginning of a multi-coloured range similar to many of Nokia's Lumia handsets.

According to Vietnamnet, the device spotted in the image is a demo model and will be available to the public in late February or March. The site also claims that a matte yellow model will be released alongside the red version.

While a blurry image displays what appears to be an authentic Nexus 5 in a matte-red exterior, it could just be a product of some clever Photoshopping skills. The authenticity of the photo is questionable and should therefore be taken with a grain of salt. If the photo is indeed legitimate, the red model will join the existing black and white models in the popular Nexus line.

It will be interesting to see if the rumour plays out, and if Nokia will also make fun of Google the same way it cunningly criticised Apple upon their release of the iPhone 5c.