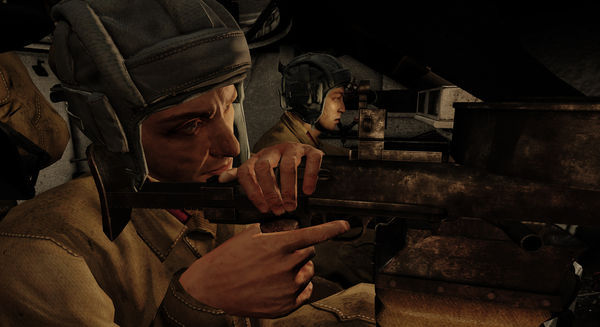 A few weeks ago, game developer Tripwire Interactive announced that Red Orchestra 2: Heroes of Stalingrad, the long awaited sequel to its cult hit WWII shooter, would be released via Steam on August 30. However those plans have now changed. In a post on the game's official web site, Tripwire has announced that the release date for Red Orchestra 2 has now been pushed back two weeks to September 13. Tripwire didn't go into too much detail as to the reasons behind the delay, saying only, " ... we felt we needed the extra two weeks to get it right and add the extra polish the game (and the players) deserve."

The good news for gamers is that this extra two week delay also gives people more time to take advantage of the many pre-order bonuses that Tripwire is offering for Red Orchestra 2. As we reported previously, both the regular edition and the Digital Deluxe version of the game are priced at 10 percent off their normal prices from now until the game is launched on the Steam download service. People who own the original Red Orchestra game can also get an additional 10 percent off of Red Orchestra 2.

In addition the Digital Deluxe version of the game has a number of extras for pre-orders including day one unlocks for some of the game's weapons. It also gives players access to exclusive hats for Valve's free-to-play shooter Team Fortress 2 and new playable characters for Tripwire's zombie action game Killing Floor.