The internet can be a source of much gain and loss, for different people. Reddit certainly acts as a hub for many different communities, including the good and bad. The good tends to shine through when it is most needed, and that was exactly the case for Redditor Kivakid, who has a friend diagnosed with terminal cancer.

Kivakid turned to the AskReddit subreddit, posting a thread asking where to get advance copies of books. His friend had one wish: to read the next novel in Harry Turtledove's The War That Came Early series. Cancer meant doctors were unsure if he would live through June, and the novel was due for release in July. Kivakid sent the touching letter below to Harry Turtledove, in the hope of fulfilling his friend's request: 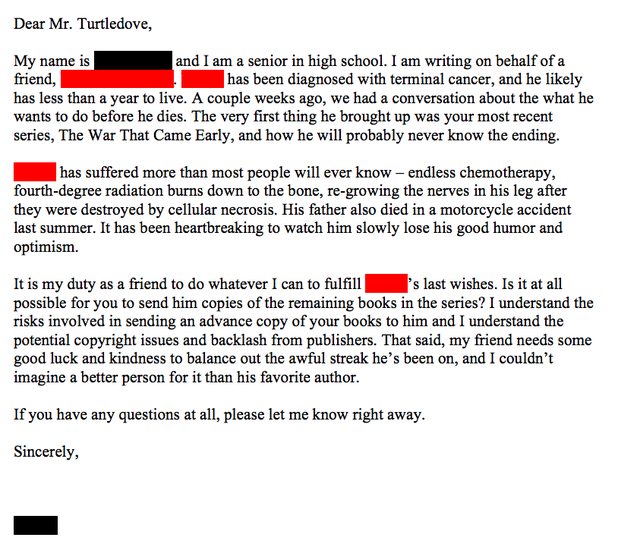 In addition to this, he showed a screencap of a conversation held with his friend about what he wanted to do before cancer eventually took its toll upon him. The screenshot, showing only a brief part of the conversation, shows the extraordinary tenderness Kivakid holds for the news, and the willingness he had to help his friend. The conversation is below: 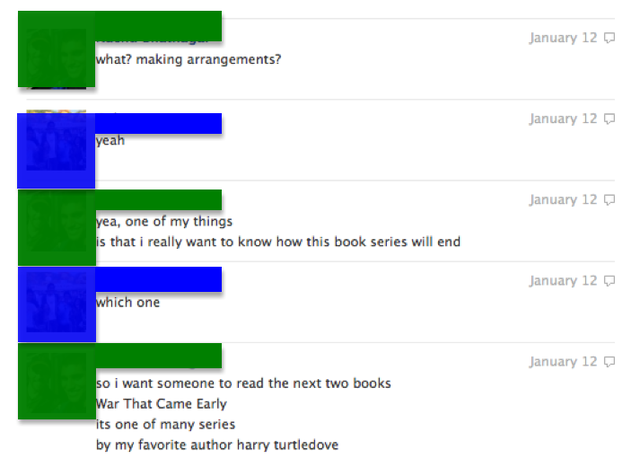 By sheer luck, it just so happened that another author with the same publishing company happened to see the thread on Reddit, after users went as far as getting in contact with Turtledove's family to request the delivery of the books given. The Redditor, going by the name of LowFuel, managed to speak to Turtledove's editor, with advance copies of the novel literally just landing on the desk beforehand.

Turtledove also offered to tell Kivakid's friend about his plans for the series over the phone in the future, so that he could know the conclusion to the series before terminal illness could have its fullest effect upon him. Perhaps the most bittersweet part of the story was Kivakid's recording of his friend receiving the book. He uploaded the video to YouTube, and it can be watched below: