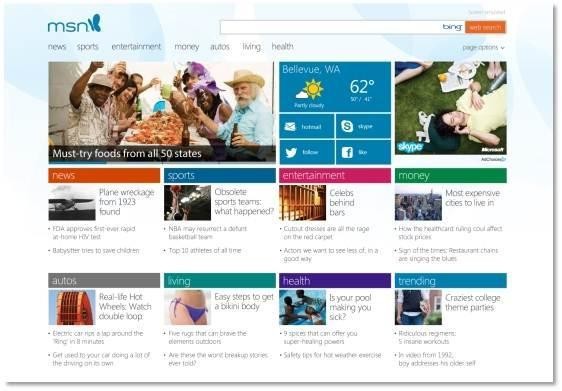 Microsoft is continuing to feel the effects of its July reorganization, and this week those ripples reportedly hit over 100 people who worked on the company's MSN website. Reuters reports that is the number of MSN contractors and freelancer writers who were let go by Microsoft.

Company officials would not confirm the number of people that were affected by its MSN changes. In statements to both Reuters and the Seattle Times, Brian MacDonald, a corporate vice president at Microsoft, said that the company does plan to increase the number of full-time employees in his division. He did not offer any specifics but added, "This is a line item budget shift but absolutely not a spend reduction for cost savings."

As part of the "One Microsoft" changes, the MSN portal team has now been combined with the Bing Apps team that make a number of in-house news, weather, sports and finance apps for Windows 8 and Windows Phone 8. Microsoft made efforts to beef up its own original content on MSN around the time of the Windows 8 launch. However, Reuters reports that traffic on the site has stayed about the same in the last year with 116 million unique U.S. visitors. Other web portals, such as Yahoo and AOL, have shown growth in their unique visitors in the same time period.

A few weeks ago, it was revealed that Yahoo was in preliminary talks with Microsoft that would have resulted in the MSN website being sold to Yahoo in exchange for Microsoft getting Yahoo's search business. However, Yahoo's board of directors voted not to go ahead with those plans.