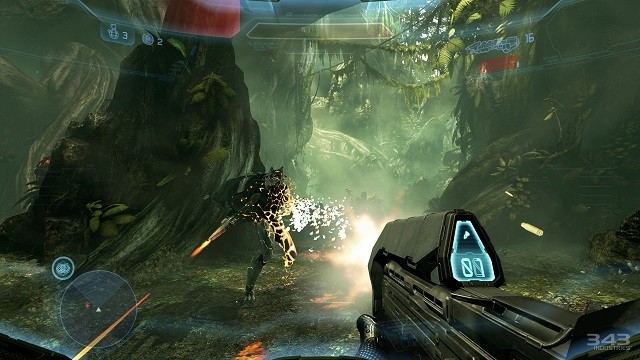 Microsoft is rumored to be working on a new online cloud-based game streaming service that is aiming to bring high end Xbox games to devices with low hardware specs. The service was reportedly demoed today at Microsoft's headquarters during a internal company meeting to some employees.

The demo was seen by programmer Rafael Rivera, who attended the meeting and posted word of the presentation on his Twitter account. He stated that Halo 4 was being streamed on multiple devices at the meeting, including one running on Windows Phone. He added that the amount of latency from the cloud service has been reduced to around 45ms.

The upcoming Xbox One game console will allow games to be developed so that they can offload some features to cloud servers, such as AI and game physics. However, Microsoft has yet to officially announce plans to offer a game streaming service. There's no word on what was shown today might be ready for the public.

The service allegedly shown by Microsoft is similar to one launched in 2010 by the private company OnLive. That service is still up and running, although in 2012 the company got hit with mass layoffs that reduced its employee count by at least half. Sony acquired a rival service, Gaikai, in 2012 and has announced that its technology will serve as a way to stream older PlayStation games to the upcoming PlayStation 4 sometime in 2014.