Earlier this month, Microsoft confirmed that it will launch an Outlook 2013 RT client later this year, as part of the free Windows 8.1 upgrade for Windows RT. The first version will be released next week as part of the public preview launch. Now there's a report that claims Microsoft may be planning to offer even more Office software for Windows RT. 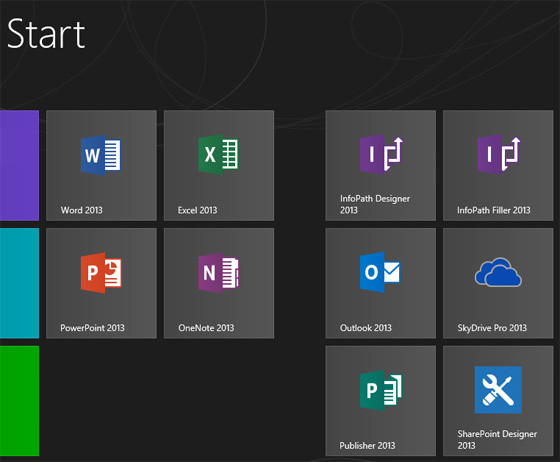 Paul Thurrott wrote this week on WinSuperSite.com that internal test builds of Outlook RT at Microsoft also bring up a number of other install options, such as Access, InfoPath, Publisher, SharePoint Designer, Visio and SkyDrive Pro. Currently, Microsoft has released versions of Word, PowerPoint, Excel and OneNote that are pre-installed on all Windows RT devices.

The same story said that when the test version is fully installed, only InfoPath, SkyDrive Pro, Publisher, and SharePoint Designer show up alongside Word, PowerPoint, Excel, OneNote and Outlook, leaving out Access and Visio. However, it would at least appear that Microsoft is testing out new Windows RT Office apps.

It's possible that Microsoft could release the rest of the Office software family for Windows RT users for an additional fee sometime in the future, or possibly if the person has signed up for a subscription to Office 365. In any case, this development should please Windows RT device owners, especially those who own Microsoft's own Surface RT tablets.