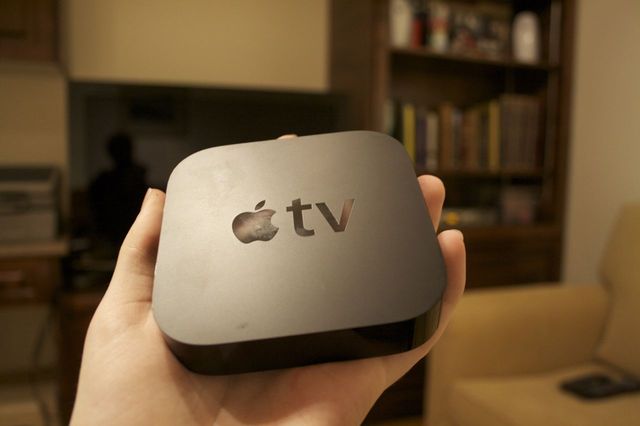 The Apple TV has always been a strange device for Apple. Steve Jobs has, on numerous occasions, referred to it as a hobby - most recently when he introduced the newest revision of the product.

However, being a hobby is not necessarily a bad thing in this case. One thing that the Apple TV has always been known for is its hackability. A common practice with the Apple TV in the past was to install Boxee, and before that even install a full, working version of Mac OS X onto it.

But for now, you can throw all of that out the window - the new Apple TV is a completely new product, with a new OS based on Apple's iOS (originally designed for phones, now looking to take control of the whole gadget side of Apple's operations). The hardware is also all new, featuring the Apple A4 processor, rather than an Intel one.

Indeed, the new Apple TV is nothing like it's predecessor in more ways than one. The real question is: can this device really stay relevant in a market that is becoming fiercely competitive, with devices like the Boxee Box, and new platforms like Google TV coming onto the scene? 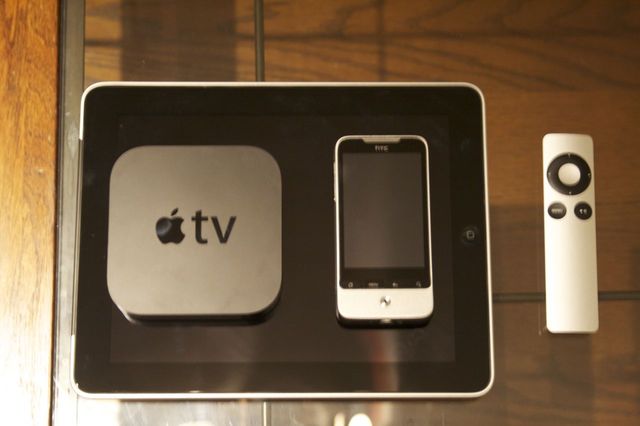 The new Apple TV is a tiny box - it can fit in the palm of your hand quite easily, and is easily hideable in a home entertainment system - likely, the black styling will fit right in with any sound system, DVD player, and recent gaming system. But what's in the outside is truly irrelevant - it sits on a shelf, never to be interacted with. What is important is the hardware. It features that A4 processor that Apple seems to be including in everything lately, along with just enough ports to connect you to a wall, your TV, and your sound system. There is also a Micro USB port around the back, which is used to restore the software on the device, and also offers a potential in for jailbreakers. 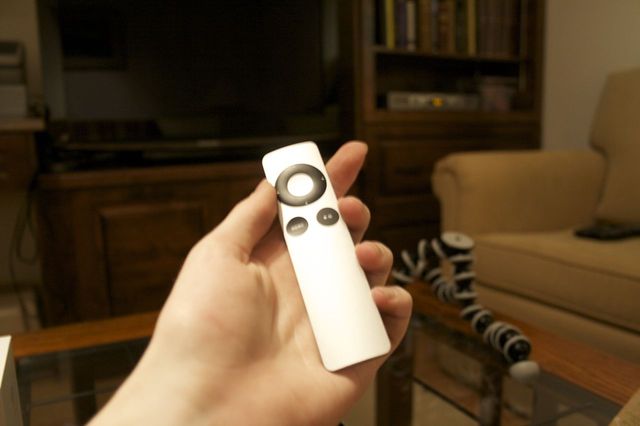 There really isn't much to the device itself. Nor is there much to the remote that comes with it, providing only 7 buttons. It's all about the software here. 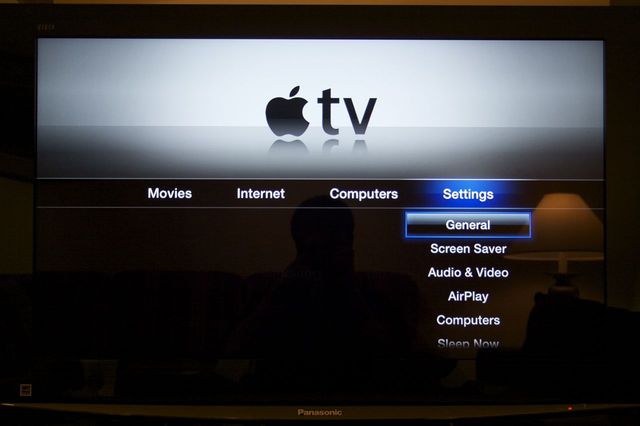 The software on the new Apple TV is in no way meant to be standalone. It requires either a solid connection to "the cloud" and it's services, or another Apple device that can push media to it via AirPlay.

This model isn't yet fully working; content is thus far seriously lacking, especially outside of the United States. Netflix only recently came to Canada, and only offers a subset of the content available in the US, while the iTunes Store doesn't have TV show rentals at all outside of the US - you can't find any evidence that TV shows are even on the store from the Apple TV software in Canada. Even the movie selection on iTunes is quite limited.

Not only that, but AirPlay isn't yet fully functioning - you can pump music through your TV speakers, and even play the sound for a video on your iPad through your sound system, but you can't push video to the Apple TV. I'm not really holding this against Apple too much - after all, iOS 4.2 is a beta, and AirPlay hasn't really been released yet - but AirPlay support is integral to the experience of the Apple TV. It does look to be a promising feature, and Apple should have held back the release of the Apple TV until AirPlay was widely available.

In short: the software is there, but the infrastructure is lacking. If you're going to make a device that relies on external equipment to push content, you should be able to use external equipment to push content. Likewise, if you're launching a product to use online services, those online services should have content on them. Studios - not Apple, necessarily - need to wake up and realize that people are willing to give them money. 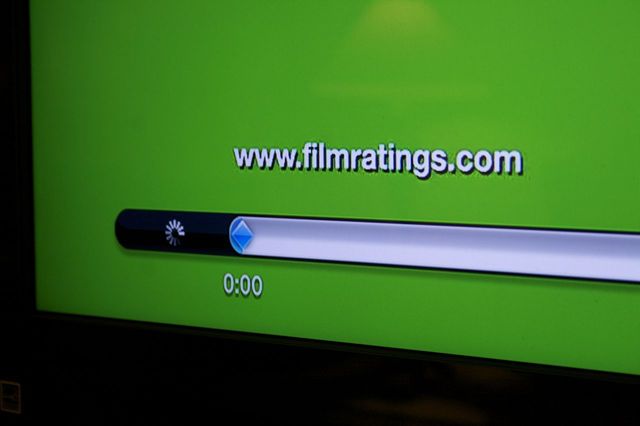 The other real issue with the software is the lack of an app store. Multiple studios and TV networks have iPhone and iPad apps: Hulu Plus, ABC, and CityTV, just to name a few. These would be relatively easy to port over to the Apple TV if there was an app store to allow for it. Such a store would also open the device up to games; using the Bluetooth hardware that is entirely unused in the Apple TV at the moment, gaming controllers could be added, essentially making this a player against the PlayStation, Wii, and Xbox 360. But until Apple puts an app store out there, that's all just a dream.

That being said, the software is very nice. The animations are fluid, and the functionality that's really needed is there. In lieu of AirPlay, there is Home Sharing support, meaning if you've got a laptop or desktop running iTunes, you can stream any video or piece of music from that to your TV. However, I really think the compelling feature will be AirPlay - Home Sharing simply isn't something special. Pushing content to your TV, as you would with AirPlay, is simply more satisfying than using your TV to request a file from your computer; navigating an iPad or iPhone is just a bit easier to do than to navigate your whole iTunes library on your TV. I know this is coming off as very negative, but it isn't - these features will be here in November, and they offer something that isn't on any other device in a big way. 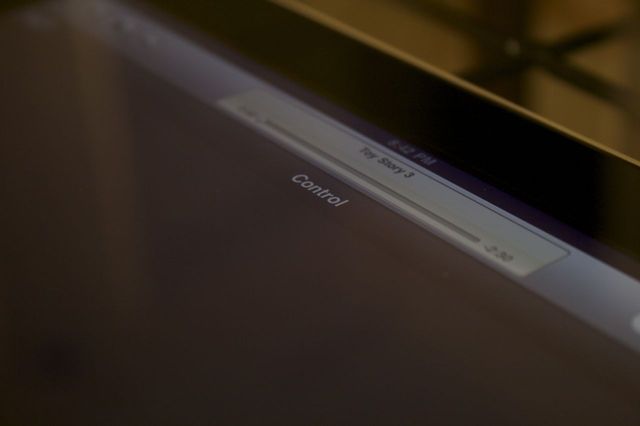 Apple has had a remote app available on the App Store for a few years now, but it was updated just for the new Apple TV to support the iPad's larger screen. Gesture support was available for the old Apple TV using an iPhone or iPod Touch, and is still present on the new Apple TV. To move around the Apple TV interface, just swipe around on the surface of your touchscreen Apple device. To select, just tap the screen. You can also use the menu button to go back to the last screen, or hit the play/pause button to, (you guessed it), play or pause playback. The remote will also pop up a keyboard when the Apple TV is looking for text input - a solution that is far superior to using the provided Apple Remote to navigate the list of letters presented to you.

I'm not completely sure what to tell you: the Apple TV could offer a lot of potential once there's a proper jailbreak out there - work has started, but getting apps running hasn't happened yet. It would definitely be a game changer if Apple went ahead and added a real App Store, as Steve Jobs has suggested could happen.

Realistically, the only people who should consider the Apple TV at this point are those who are within Apple's ecosystem already. That includes iPad, iPhone and iPod Touch users, as well as those who are willing to pay for TV shows and movies on iTunes, and those who subscribe to Netflix.

Pushing content onto your TV through the Apple TV couldn't be much simpler, really, (once AirPlay finally hits a final version), but you have to play by Apple's rules. And that's the real pitfall here: if you like your videos in MKV or DivX, or like your music in FLAC, or, (to mix things up a bit), you keep all your photos in Microsoft's HD Photo format, this device is simply not for you - not yet, anyway.

The only way to save this device from being such a niche product is through an App Store of some sort. Applications like VLC, which play numerous video formats, have proved to be a hit on the iPad, but are needed more desperately here. Also, the lack of not only flash, but even a web browser, severely limits your Internet video experience to that of YouTube. I'm the last person you'd expect to hear defending Flash, but on a TV, it would be a killer feature until HTML5 takes over - if it ever does. On the bright side, it does look like the Apple TV will support pushing HTML5 video to the Apple TV, as an icon is provided in the HTML5 video player on the iPad in iOS 4.2 beta 2 - unfortunately, right now it will only play audio through your TV speakers, just like the full video app.

In the end, it's still a niche product; until Apple releases an App Store on it, or the jailbreaking community breaks through Apple's wall and gets apps running themselves, it's just not going to do that well.