For a while, it was all about offering the thinnest and lightest smartphone. Thankfully, some companies have realized that thinner and lighter are not always better, given the fact that the previously mentioned characteristics usually require crippling the device's most coveted asset, battery life. This has been especially true for Android devices, which have had a long history of mediocre battery life. Although Android devices are improving, with higher battery capacity handsets becoming the norm in 2016, Qualcomm's Quick Charge solution is an underlying feature that has offered a pillar of support to Android's battery problem. 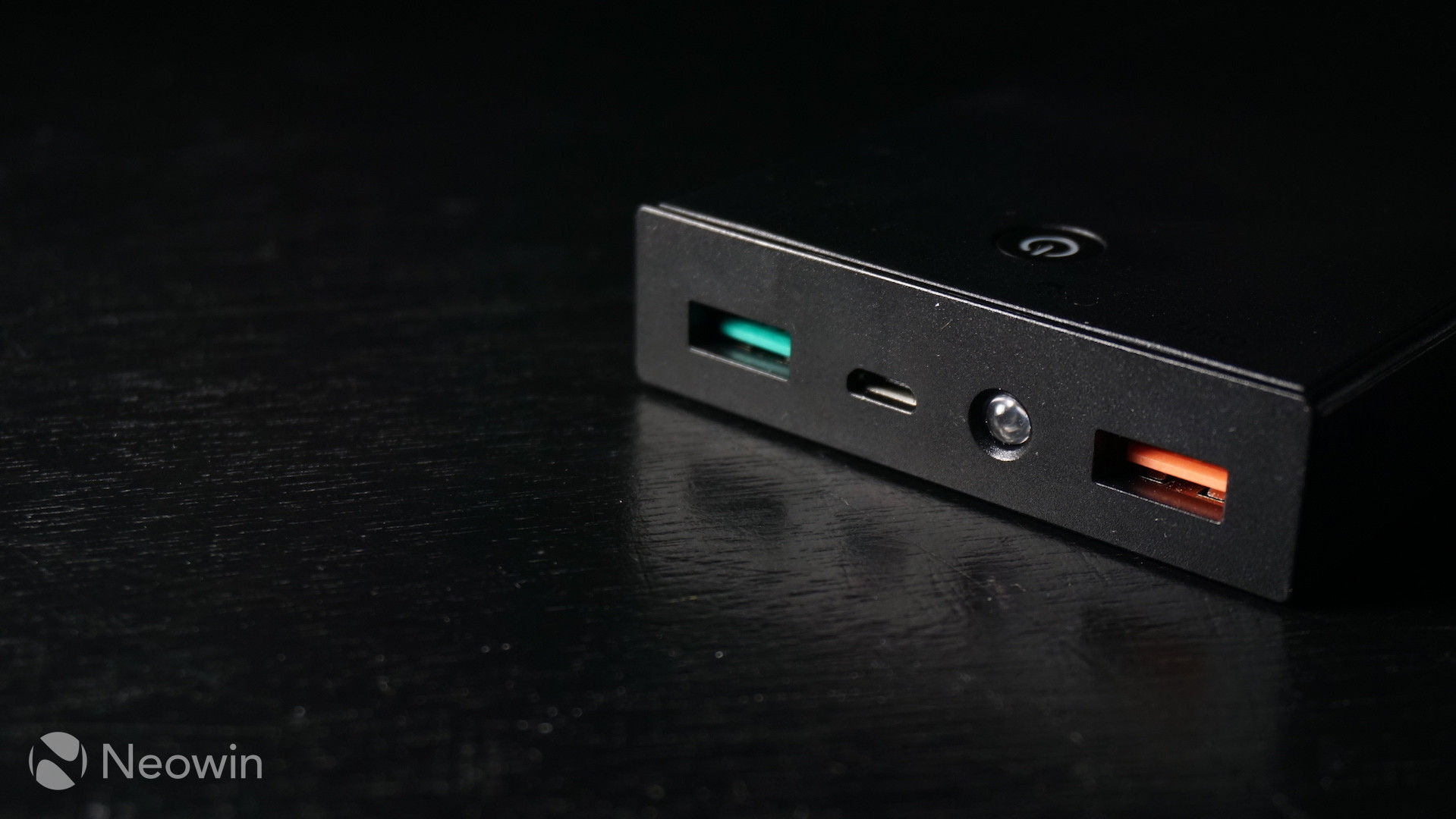 While not all handsets support the Quick Charge technology, a majority of higher end units offer the feature. If you are unfamiliar, Quick Charge allows supported devices to receive as much as 80% of charge (Quick Charge 3.0) in around 30 minutes. During my use and testing different handsets and chargers, I have personally never experienced such a quick charge rate, but have seen numbers closer to 60% in around 30 minutes. For the most part, Quick Charge is a godsend. I don't know how many times I've had a nearly depleted battery on my smartphone, and feeling comfort knowing that I could leave it on the charger for a short amount of time to get a good boost in battery percentage. 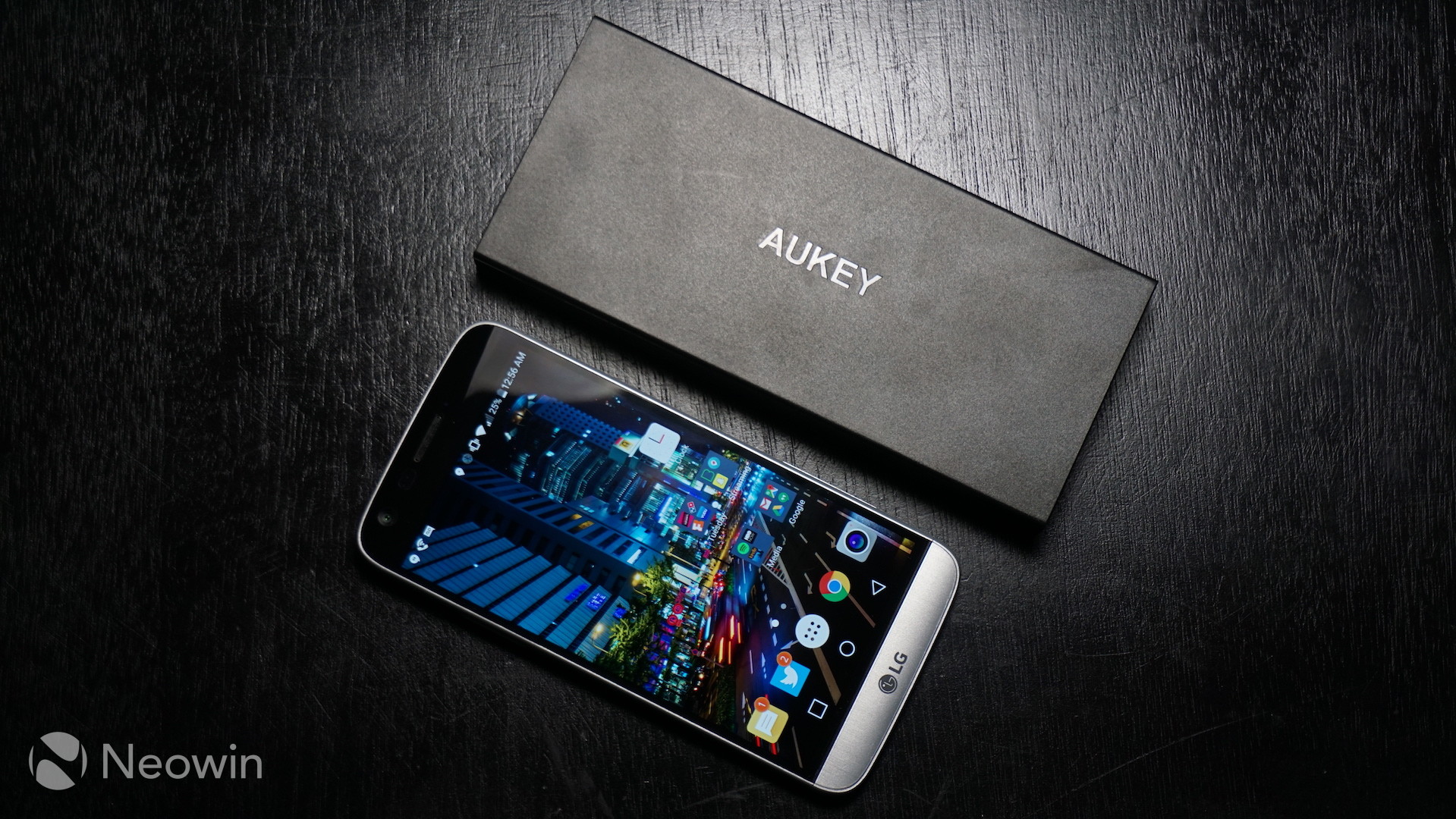 But something happened last month that made me realize I was missing a critical piece of tech when on the go. Although I own a variety of different external battery packs, I didn't possess one that could Quick Charge my devices. While this might seem like a minor issue, if you're at an event that demands use of your device nonstop and you need to top up quickly, Quick Charge is the only viable solution. This is where the Aukey PB-T9, a 16,000mAh Quick Charge 3.0 power bank, comes in handy. Although I didn't have it on hand to test out at the event, I've been using it for the past couple weeks, and it is definitely a life saver. 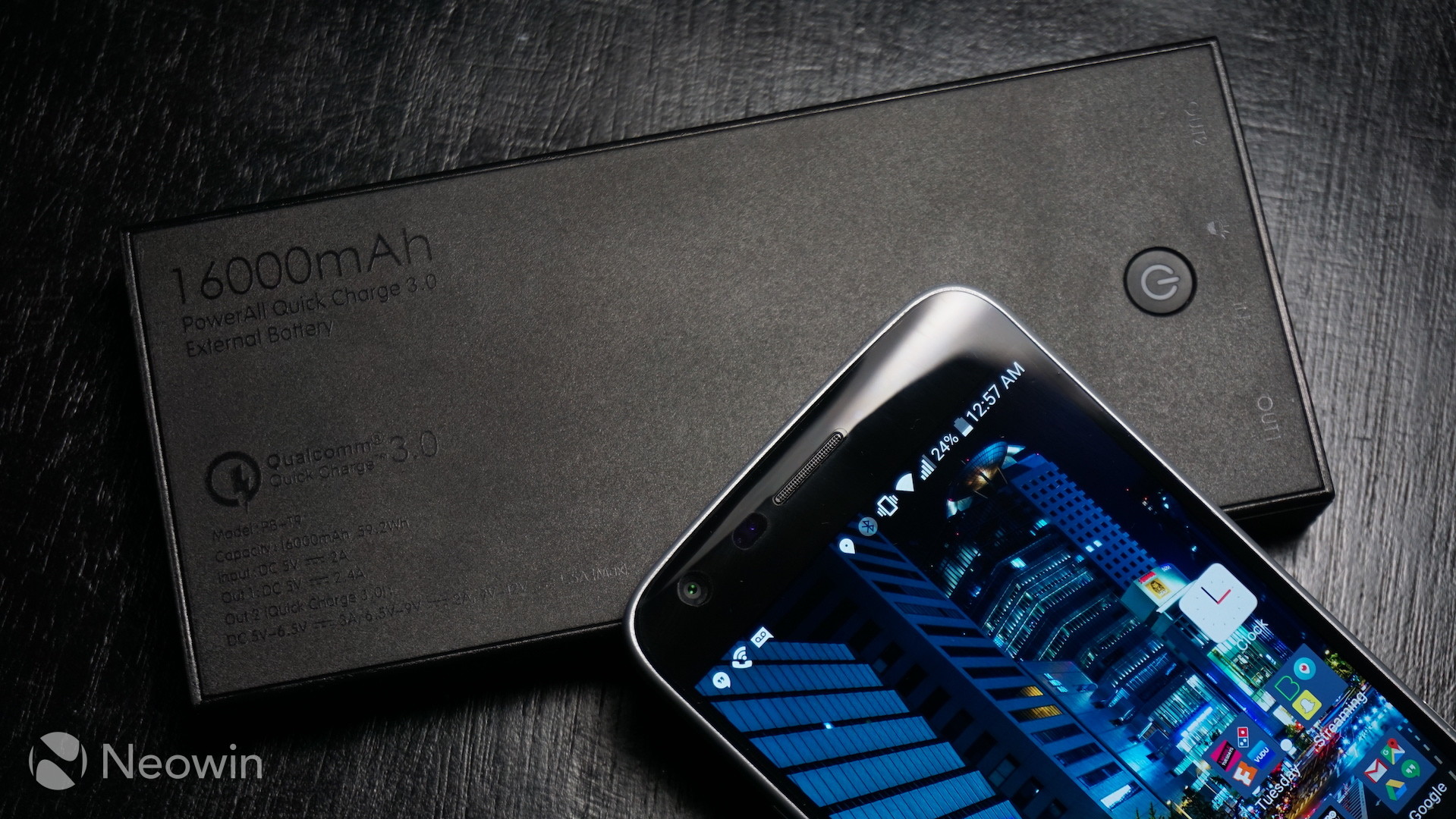 The Aukey Quick Charge 3.0 power bank isn't the most exciting thing to look at, but its matte black textured finish is subtle and measures in at a respectable 7.2in x 3.9in x 1in, weighing approximately 12 ounces. The battery pack offers a power button that illuminates in different colors to show off the battery packs percentage, with a white illumination indicating a power range of 100%-70%, green a power range of 70%-30% and red being from 30%-0%. While the colors and its percentages are a bit ambiguous during use, you have to remember that you have 16,000mAh of power at your disposal, meaning that even if you hit in the red, you should be able to charge most smartphones devices at least once. As for quick charging speeds, the Aukey was able to top up a majority of my units to around 50% in around 30 minutes. While this isn't as fast as something that's plugged into an outlet, it still easily outperforms a standard 2A-2.4A battery pack. 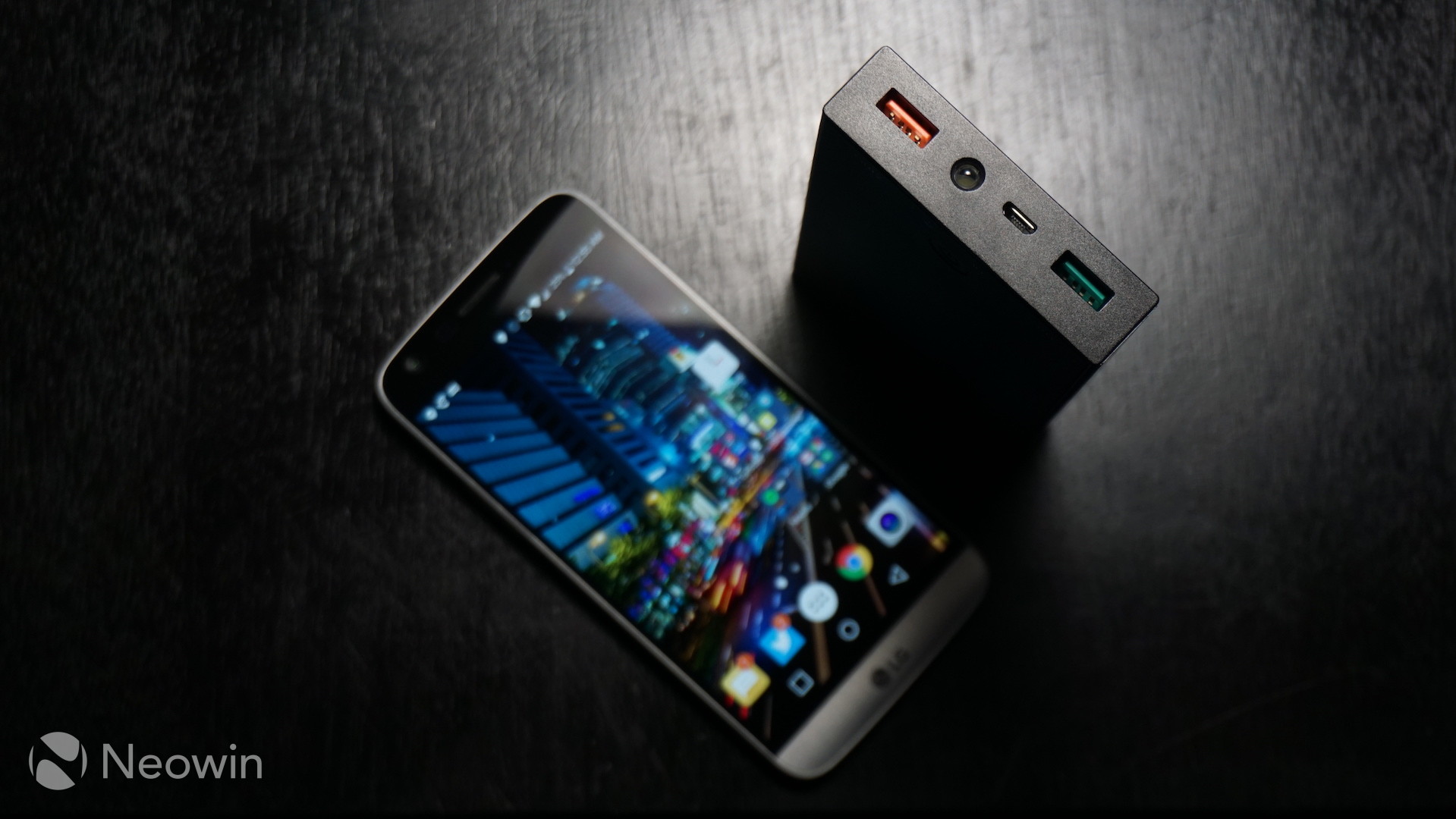 While I was expecting to charge my 3,000mAh devices at least 5 times, I was only capable of charging three and a half times on repeated occasions. I'm fairly certain the reason for this is that quick charging takes a toll on the battery, which results in a lower charging volume. Although the Aukey does require you to turn it on to commence charging, the power bank will automatically turn itself off, once it has completed charging of a device. As for getting the battery pack itseld recharged, it takes about 5 to 6 hours via microUSB to get it to 100%. 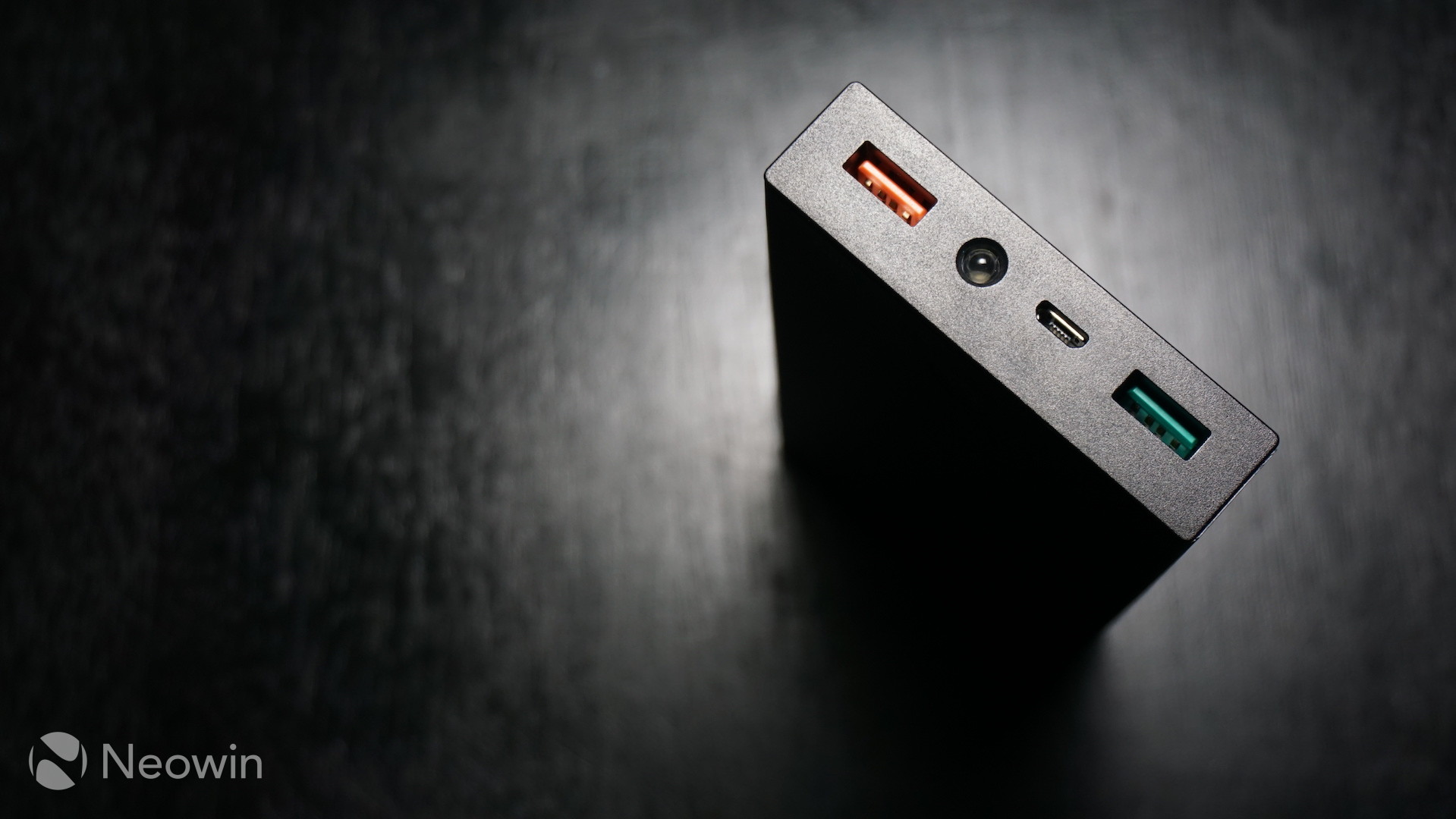 Although the Aukey PB-T9 isn't the slimmest bank available, I found that the device was a good companion when I needed to Quick Charge on the go. While it doesn't charge quite as fast as a Quick Charge wall adapter, it is still much faster than a standard 2A charger from the wall or a power pack. If there was a couple things that I could change, it would be to add a display for battery percentage and round the physical edges. Overall, I'd highly recommend this unit from Aukey, as it provides a good option for those who need a Quick Charge 3.0 / 2.0 compatible unit. Although it doesn't quite give you 16000mAh of battery when quick charging, it still usually provides more than enough to charge up a device three times.

I'd like to extend a big 'Thank You' to the folks at Aukey who supplied the PB-T9 for this review. If you are interested in purchasing this device, you can pick it up from Aukey via Amazon. You can check out more at Aukey's official product page.