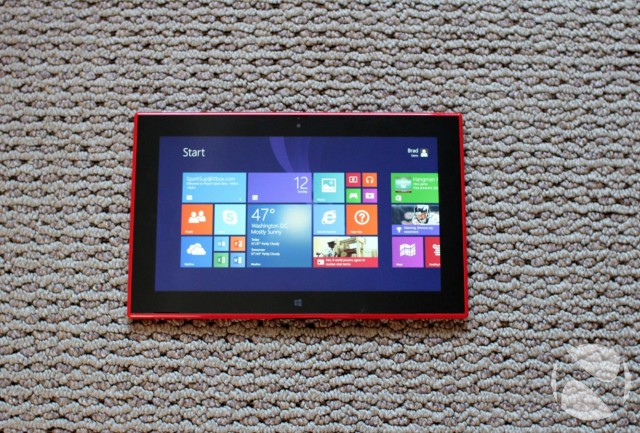 When rumors began circulating that Nokia wanted to build a tablet, the news was met with mixed signals about how the company could stand out in a crowded room. With Microsoft running full force on the Surface brand and iPads and Nexus tablets getting the big-name recognition that consumers wanted, it seemed like Nokia’s attempt at building a tablet would simply be a giant waste of money.

But here we are, many months later, and Nokia is now shipping its Lumia 2520 with LTE built in and with Nokia’s smartphone unit on the cusp of being swallowed into the Microsoft nebulous, this could be a one-of-a-kind tablet.  Like many tablets before it, can Nokia find a way, as it did with its smartphones, to stand out and carve out its own piece of the tablet pie?

That’s not an easy question to answer because smartphones, unlike tablets, are generally replaced every two years as contracts expire. Tablets typically have longer life spans and are purely a luxury item compared to cell phones, which many consider an essential item like a car or television. Because of this, tablets need to offer a great value and user experience to win or else they will be consumed by the market and shunned to the liquidation sales channels.

The tablet costs $399 with a contract from either AT&T or Verizon or $499 sans-contract. Nokia is certainly not going for the bottom of the market with the 2520, which means that it has to be firing on all cylinders if it wants to compete with the Surface 2, iPad and Nexus tablets.

Before we even get to the tablet review, it’s important to know that Nokia has some serious street credibility behind its name. Sure, they may not be hitting the top of the charts like Apple, Microsoft, and Google but the Nokia name has a ton of nostalgia with it as many of our first phones were from the company. With that being said, a tablet with the Nokia branding gets a boost in the consumer recognition department as the name is recognizable and is traditionally associated with well-built products.

The 2520 features a 10.1-inch IPS display with Nokia’s ClearBlack technology and a Snapdragon 800 pushing the 1s and 0s under the hood. On paper, the tablet seems to be par for the course with the standard high-end specs that you would expect in a device that is shooting for the top of the class. And coming in a 8.9mm thin, the 2520 certainly doesn’t bring much bulk to the party either.

To no surprise, the 2520 we are reviewing is bright red, and that’s likely a Verizon request to help it match the company’s décor. That aside, it’s a good color for the tablet and helps it to stand out; we quite like it. Not everyone will love red, however; AT&T offers the same tablet in black along with Verizon too, if that’s your sort of thing. Cyan and white versions are also available internationally, but no word on if those colors will come to the U.S.

The device is primarily covered in Nokia’s polycarbonate (plastic) but unlike Samsung’s Note tablets, the tablet feels extremely well made. I think the difference between the Samsung and Nokia’s tablet is that there is no flex between the plastic and the internal frame. What I mean is that if you press on the back of a Samsung tablet, the plastic will flex before you hit the internal battery/frame. With the 2520, there is very little flex, it feels incredibly solid in your hands and gives you that same warm fuzzy feelings Nokia has been providing for decades with its products.

The design is your standard 10-inch tablet with it being a rectangle and rounded edges. Nokia certainly didn’t take any huge risks with the design, but we do have one quibble with the location of the power and volume buttons. Unlike the Surface and, well, every other tablet we have enjoyed playing with, the buttons are on the top of the device. It’s not a huge issue but does affect the ergonomics of the tablet as your hands are always on the side and engaging the keys can be a bit of a disjointed experience. 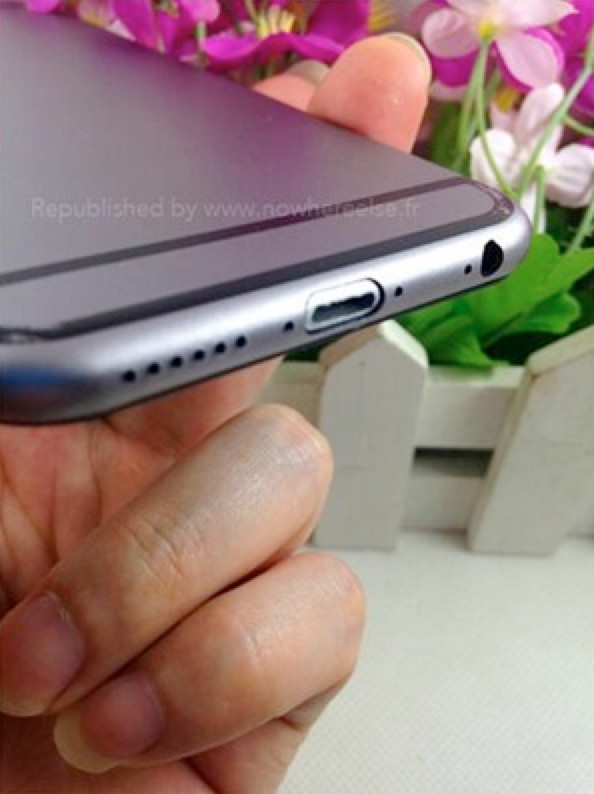 At the bottom of the device is a capacitive Windows key that will wake up the device, and it works as expected. Nothing too exciting here but it is easy to accidentally hit the key when handling the tablet if you use the device in portrait mode.

The tablet also has a variety of ports including USB 3.0, HDMI-D, and micro-SD that should fulfill most users' needs. The USB 3.0 is key as it allows for easy use of many peripherals that utilize the port and the micro-SD support makes sure that you never run out of storage space.

Nokia has also included NFC on the 2520, which sort of feels like a me-too feature, especially on a tablet, as widespread use of the technology has not caught on in a way that adds significant value.

One disadvantage of the 2520 when compared to the Surface 2 is the power connector. Nokia has an old-school power cord (not USB) that does not use magnets. Meaning, that if you trip over the cord, your tablet will come along for the ride. More so, because it does not use a USB setup, if you lose your power cord, good luck finding a friend who can lend you one until you can order another.

Well, this is it: The display on the Lumia 2520 is the best Windows tablet display you can get your hands on right now. The 16:9 panel has a resolution of 1920x1080, which gives it a pixel density of 218 PPI; this isn’t the highest on the block, but Nokia’s ClearBlack technology shows through here and using the tablet indoors (and even outdoors, to an extent) provides for a fantastic visual treat.

The display accurately picked up our inputs and gestures with no issues; our only wish is that there was a WACOM digitizer included, but we know that there are outside issues that are affecting this implementation.

Colors and off-angle viewing were all superb with the 2520, and you will have no issues watching your favorite movie or browsing the web. Glare is still an issue, but that’s not only a Nokia problem – any glossy display has this issue.

All day. That’s all you need to know as the 8000mAh battery is more than enough to keep you running easily over 10 hours with hard use of the device. I had no trouble using the device for an entire day with more than enough juice left over to start the following morning off without feeling like I needed to plug in.

In a more controlled test, I was getting just shy of 11 hours with a video looping, which is easily rivaling the best of the breed in the tablet segment.

Even though Nokia’s power cord is proprietary, it does have one great benefit: It can charge the 2520 from flat to 80% in about an hour. 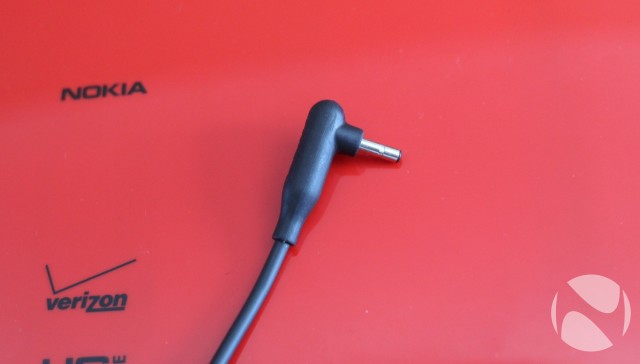 It’s easy to say that we are quite pleased with the battery on the 2520, and if Nokia could find a way to offer a more widely available power cord (USB), it would really take the cake. But for now, the shortcomings are tolerable because they are only little details in the bigger picture.

Under the hood is Qualcomm’s Snapdragon 800 and, to no surprise, it makes the 2520 hum along at a fantastic rate. Opening apps, browsing, video playback is all buttery smooth and that’s thanks to the CPU and Microsoft’s work at optimizing the OS for that chipset. 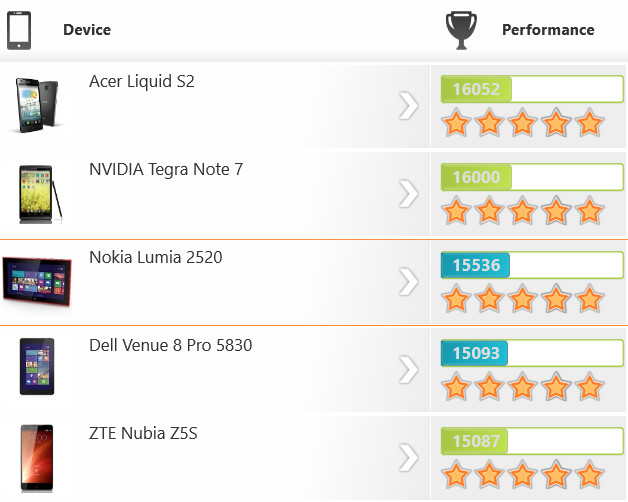 We really struggled to tax the system even when we opened multiple apps and tried to watch 1080p videos, the 2520 had no issue switching between open applications. The only time I ever noticed any hesitation was when I opened several browser tabs all playing video and tried to jump between them quickly. The hesitation was minor but you could see the Snapdragon start to reach its peak output.

It’s quite easy to say that performance will not be an issue for the majority of users. Considering that you can’t run powerhouse apps like Photoshop or professional grade video editing software, any app that can run on the 2520, will do so with ease.

The 2520, like many other tablets before it, contains rear- and forward- facing cameras. And, like every tablet before it, a rear-facing camera on a tablet is still a novelty, and if you are carrying nearly any Lumia phone in your pocket, you will have much better options for taking photos. 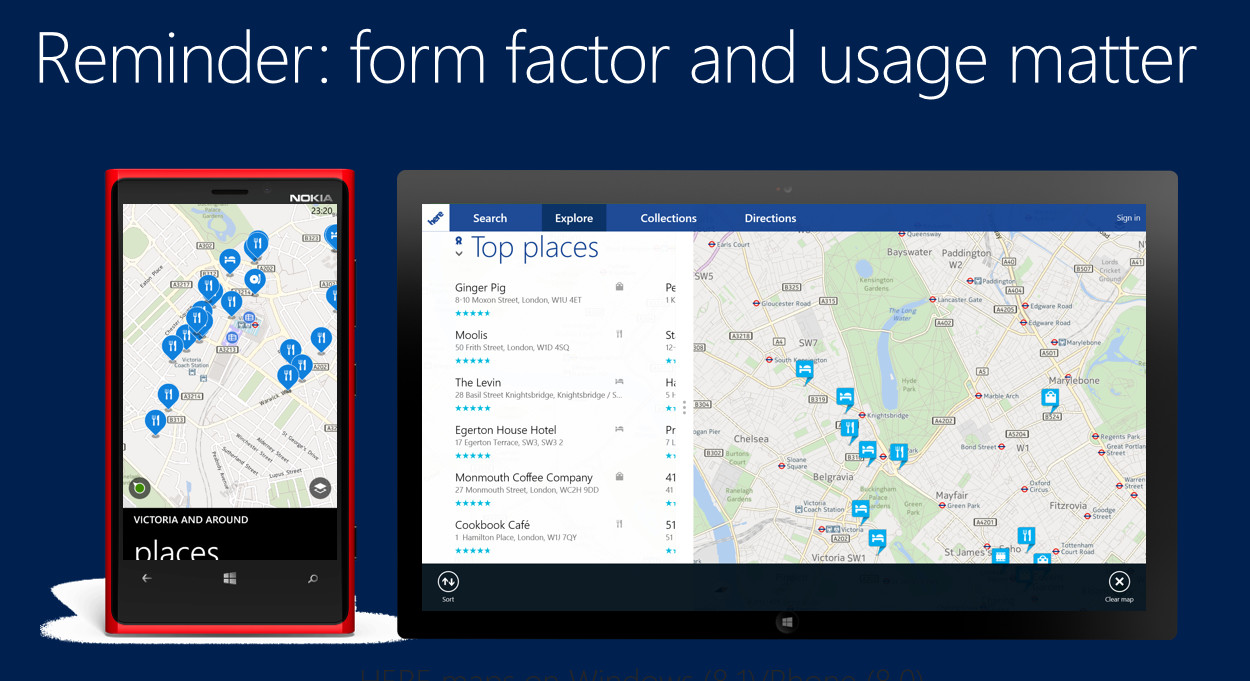 That being said, the rear camera is better than the previous tablet we reviewed, but we were far from impressed with its overall performance. Images tended to be washed out or grainy in low light and in ideal scenarios, the camera produced average results. Still, using a 10-inch slab to snap a few photos is an awkward experience and we don’t expect many consumers will go out of their way to make this tablet their preferred point-and-shoot replacement. 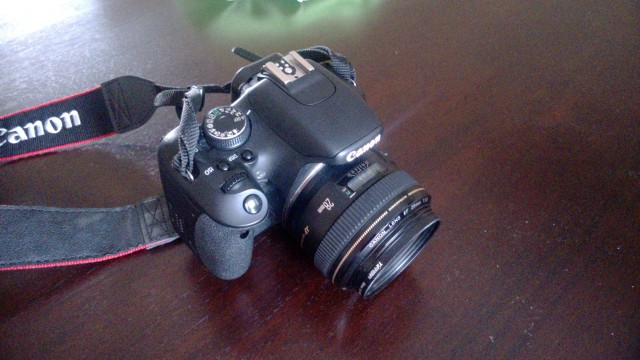 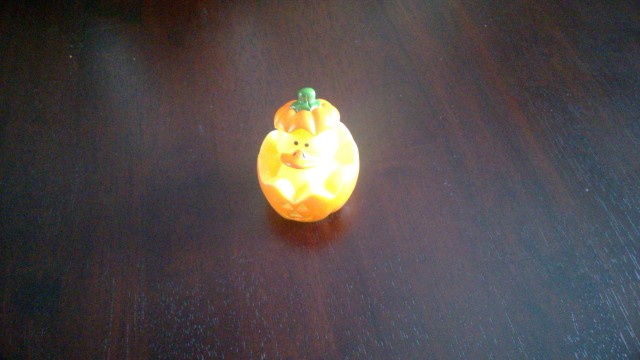 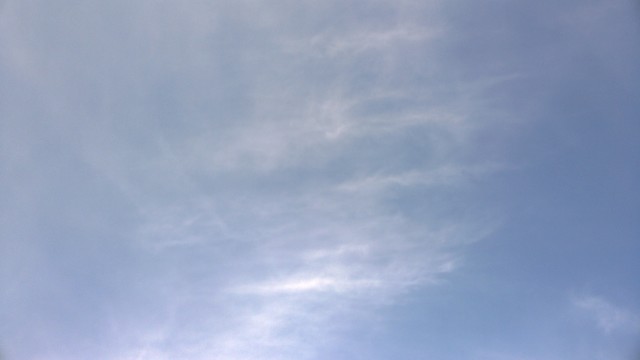 The forward-facing camera gets the job done as well. Nothing exceptional, but that’s expected. No issues with making video calls on Skype and color reproduction and noise levels were within expectations.

The 2520 is Nokia’s first foray into the world of Windows RT, but considering it is using off-the-shelf components to power the OS, it’s not that big of a jump. That being said, Nokia did build a few apps for their tablet to help it stand out from the other RT devices.

Nokia’s camera app is included with the 2520 and if you are familiar with the camera setup on the Lumia line of Windows Phones, then this app will feel right at home to you. 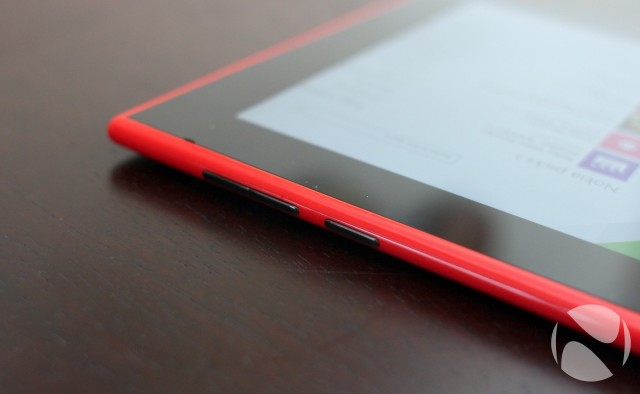 Aside from Nokia’s included apps, it's standard Windows 8.1 RT, running the tablet without much other customization by Nokia. Considering that Microsoft is buying this arm of the company, we don’t expect to see much else in terms of app development to help define the 2520 like we did with the Lumia phones. While we could be proven wrong, we suspect that Microsoft will want to put all the apps in its Windows store to help bolster those numbers with the quality apps built by Nokia engineers.

If you are in the market for a tablet, you should check out Nokia’s 2520. If you are looking exclusively at Windows tablets, the 2520 might just be the best on the market.

Sure, the Surface 2 is a great tablet with a few extra features but the 2520 has a fantastic display, awesome battery life, a slim design and LTE. When you factor in that the 2520 is only $50 more than the WiFi-only Surface 2, having LTE at your disposal does become an attractive differentiator.

At the end of the day, the 2520 is a fantastic Windows tablet and at $499 off contract, with LTE, it does have a value proposition, too.

Considering this is Nokia’s first attempt at a tablet, they did a damn good job, but we also fear that it may be the last. With the future uncertain about the Lumia tablet line, this could be your only opportunity to get your hands on a Nokia-branded tablet. But, if we have anything say in the matter, Nokia, we would love this in an 8-inch form factor.