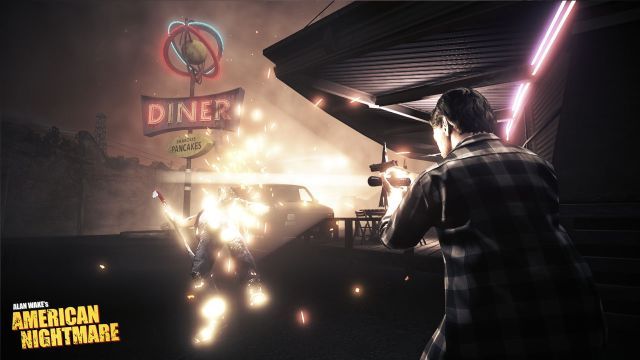 The original Alan Wake was released by developer Remedy and publisher Microsoft in May 2010 after several years in development. Yet Remedy decided to take the lead and self-publish the horror-themed third person action game for the PC in February 2012. Remedy announced that the game was highly successful on the PC. Indeed, a post on the company's message board said that sales of Alan Wake on the PC had "recouped our development and marketing expenses during the first 48 hours" of the game's launch date.

So it's not exactly a shock to hear that Remedy's recent follow up, Alan Wake's American Nightmare, might also be heading to the PC. DarkSideofGaming.com reports that a listing in Steam's registry shows a mention of the game, which might mean Steam is being prepped for a release of American Nightmare. So far Remedy has not confirmed that a PC version of the game is in the works.