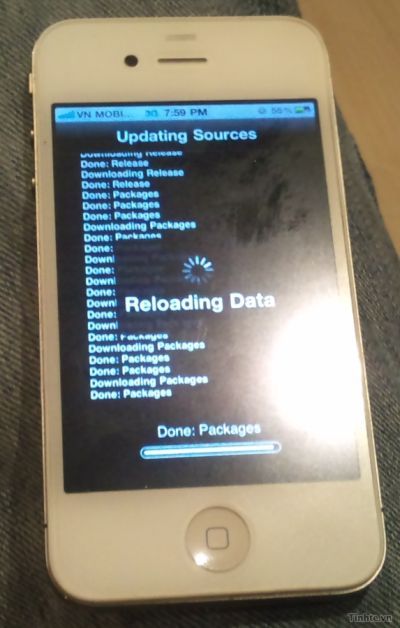 There have been rumors for months that Apple has plans to create a cheaper and/or smaller version of its iPhone product. Now a web site has supposedly leaked pictures that appear at first glance to show a "lite" version of Apple's popular smartphone. TechCrunch has the pictures which originally came from a Vietnam-based message board forum called Tinhte. The same forum previously posted images of Apple's white version of the iPhone 4 before Apple officially launched the product.

The images show a version of the iPhone that's the same size as the current version. However, instead of having front and back glass panels like previous versions of the iPhone, the images appear to show this version as having plastic sheets that are translucent with a metal band that connects the sheets. The obvious conclusion is that creating a plastic version of an iPhone would be cheaper to make and thus Apple and its carriers could also sell it for lower prices or even for free with a contract.

Apple has not announced any official plans to offer a cheaper version of its iPhone but in the past older versions of the phone have been sold by AT&T for $49 with a two year contract. More recently AT&T started selling an 8 GB refurbished version of the iPhone 3GS for just $9 with a two year contract or $99 without a contract. Some analysts have speculated that Apple is looking to make a cheaper version of the iPhone in order to expand its market to developing countries.