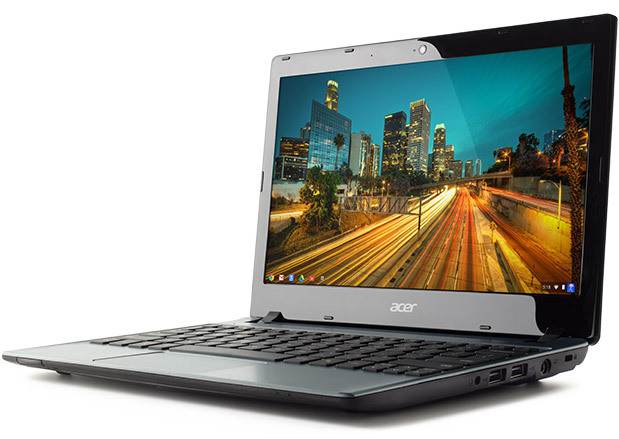 Google has worked with PC makers such as Samsung and Acer to release notebooks that run on Google's Chrome OS for the past couple of years now. Recently, two more new Chromebook models have been launched, including one from Acer, shown above, that has a starting price of $199.

Now a new report claims that Google will start selling a Chromebook notebook that will have Google's branding, rather than that of a third party PC maker. A translated report from the China Times website claims that Google has hired Taiwan-based Compal to actually made the new Chromebook unit and shipments could begin as early as the end of 2012.

The report also states that Google's Chromebook will also be the first that will have a touch screen. This will likely boost the price of the model at least $100 beyond that of the cheapest current Chromebook from Acer. However, if the story is true, it might also show that Google feels that the trend in touch screen notebooks that started with Microsoft's launch of Windows 8 last month, and one that Apple has yet to embrace, is one that Google cannot ignore.