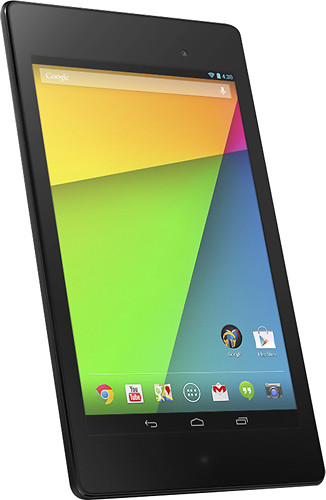 Some new rumors are suggesting Google’s next Nexus tablet will launch at the end of April. Dubbed the Nexus 8, this new tablet will be an evolution off the Nexus 7 tablets from the previous two years.

This story comes via unnamed suppliers in Asia, which claim Google is slightly re-focusing its tablet efforts. The Nexus 8, as the name suggests, will feature an 8-inch screen a small bump from the previous 7-inch versions. This version supposedly comes due to increased competition in the 7-inch form-factor market, as well as ever increasing numbers of phablet-type devices in the 5 and 6-inch range.

Google’s switch to an 8-inch format would better differentiate it from other products and put it in the same class as Apple’s iPad Mini. It would also set its rumoured device in the mid-range of tablet sizes, giving credence to other rumours that suggest Google may be dropping the Nexus 10 line altogether, the bigger premium version of the Nexus 7.

There isn’t much info on what the Nexus 8 tablet may feature under the hood, but it’s valid to assume we’ll see the latest and most powerful CPUs, increased RAM size and better screens. It will, of course, also be running the latest version of Android. As for whose manufacturing this new device, Asus seems like the strongest contender, having manufactured the previous Nexus 7 tablets, but LG and even HTC are rumored to also be candidates.

If this rumor turns out to be true and the Nexus 8 does indeed launch in April, we’ll likely see many more leaks in the coming weeks as we draw nearer to the launch announcement.