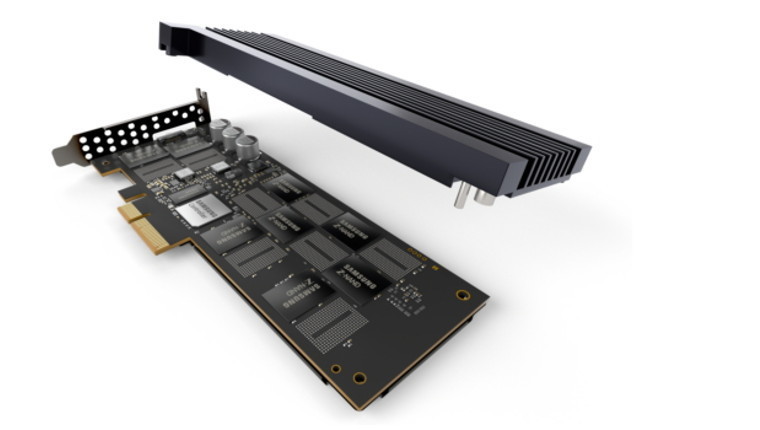 Samsung has announced the SZ985 Z-SSD storage device for use in high performance computing (HPC). The 800GB solid state storage drive will benefit most advanced enterprise applications including supercomputing for AI analysis. The Korean firm is actually planning a 240GB version too and they’ll both be shown off at the ISSCC 2018 (International Solid State Circuits Conference) in February.

“With our leading-edge 800GB Z-SSD, we expect to contribute significantly to market introductions of next-generation supercomputing systems in the near future, enabling improved IT investment efficiency and exceptional performance. We will continue to develop next-generation Z-SSDs with higher density and greater product competitiveness, in order to lead the industry in accelerating growth of the premium SSD market.”

Entities that pick up the SZ985 can expect high reliability from it. Samsung says the device will be able to perform up to 30 drive writes per day (DWPD) for five years, or a total of 42 petabytes. In terms of mean time between failures (MTBF) - the predicted elapsed time between inherent failures, the SZ985 boasts a time of two million hours.

On the speed of the device, Samsung said:

"The 800GB Z-SSD features 1.7 times faster random read performance at 750K IOPS, and five times less write latency - at 16 microseconds, compared to an NVMe SSD PM963, which is based on 3-bit V-NAN chips."

The drive will be shown off at the ISSCC 2018 event which is scheduled to take place between February 11th to the 15th in San Francisco.