Samsung clearly want to put in more memory inside its future smartphones and tablets. Today, the company announced it has developed the first eight gigabit (Gb) low power double data rate 4 (LPDDR4) mobile DRAM that in theory could allow for companies to put in as much as 4GB of RAM in a smartphone. 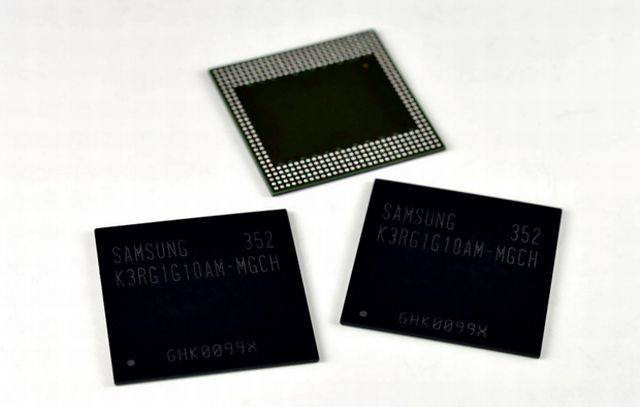 Currently, most high end smartphones have 2GB of memory, although Samsung's own Galaxy Note 3 managed to put in 3GB of RAM inside its case. Today's press release states that Samsung's 8Gb LPDDR4 Mobile DRAM will allow for the creation of 1GB of RAM on a single die, fabricated by using a 20-nm process.

The press release states: "With four of the 8Gb chips, a single 4GB LPDDR4 package can provide the highest level of performance available today." It adds that the new memory chip will offer "50 percent higher performance than the fastest LPDDR3 or DDR3 memory" while also consuming 40 percent less energy.

Samsung says that mass production of the new memory chips will begin in 2014. It's more than possible that the company could include it inside their upcoming Galaxy S5 smartphone which is expected to launch sometime next year as well.