The rumor mill is well and truly spinning in regards to renders, speculation, and guessing of what the next Samsung flagship will look like and include under the covers, and so far, most reports agree that the S10 and S10+ will incorporate a small cut out instead of a notch for the front-facing camera(s), based on the Infinity-O display.

On December 10, wccftech reported on an alleged Galaxy S10+ sporting dual front-facing cameras, which actually appear to fit snuggly on the status bar of the UI. This leak was said to be directly off the production lines of the device, and also appear to support an earlier report which showed off a render of the S10+ sporting a cutout similar to what we are seeing in the image above. 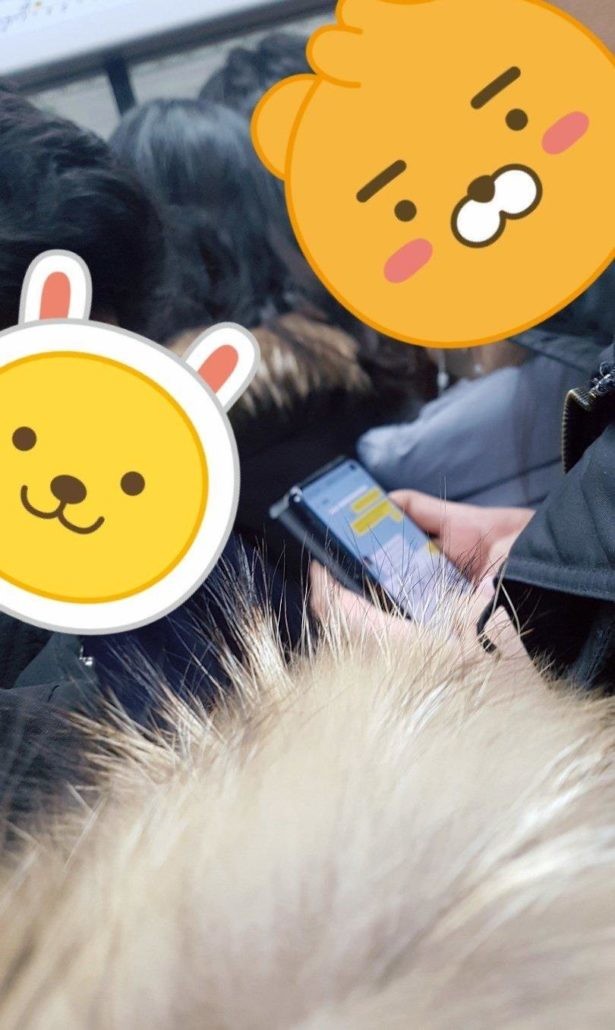 In addition to the above leaks, the same website also reported that an S10 prototype was spotted on a subway in South Korea. We only have the above image to go on, but we can see that it features virtually no top bezel and a cut out for a single front-facing camera. The site also suggests that it could be an app placing the dot on the screen, but the person who took the photo and uploaded it to Twitter on Saturday tweeted they "probably saw #sgs10" and tagged notorious leaker @OnLeaks.

And according to a report from a month ago at The Wall Street Journal, citing sources with knowledge of Samsung's plans, the company will introduce three variants of the Galaxy S10 in February of next year. The devices are said to be carrying the code names “Beyond 0”, “Beyond 1” and “Beyond 2" (see Beyond 2 sticker on the top image). Additionally, those handsets will be reportedly sporting displays with bigger dimensions: from 5.8 inches to 6.4 inches.

It's likely we'll continue to see leaks as the launch date approaches, especially as case manufacturers are factored into the final design of the devices, but for now, until we hear anything official, these remain rumors and should be treated as such.