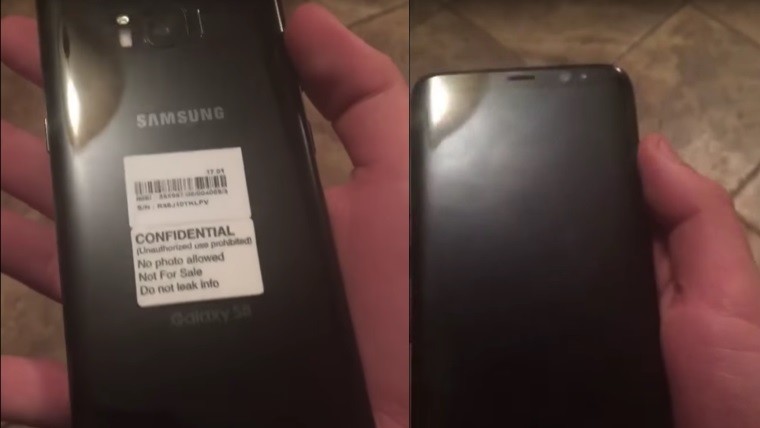 The leak machine is well and truly gathering steam ahead of Samsung's official reveal of the Galaxy S8 later this month. Now, a couple of videos have been uploaded to YouTube showing off the device from all angles. They're incredibly short at five and six seconds each, but they do show what has been reported and leaked already.

As can be seen in the above video, the uploader failed to cover or remove identifying information about the device, so it's possible that Samsung might already know who is behind the leak and take action.

As can also be seen, the fingerprint sensor is located next to the camera, and around the front, the edge to edge screen isn't on in either video; it's also quite hard to make out if there's a headphone jack, which was shown off in an earlier leak. TalkAndroid contacted the uploader, who emailed them back, and the site was then able to "independently confirm" that it really is a Galaxy S8.

Aside from some image leaks, and now these videos, we already know from earlier leaks the physical specifications of the S8, and they appear to align with everything that has followed.

Samsung will be holding its 'Unpacked' event on March 29, with rumors suggesting that it will be launching the handset for retail sometime the following month.