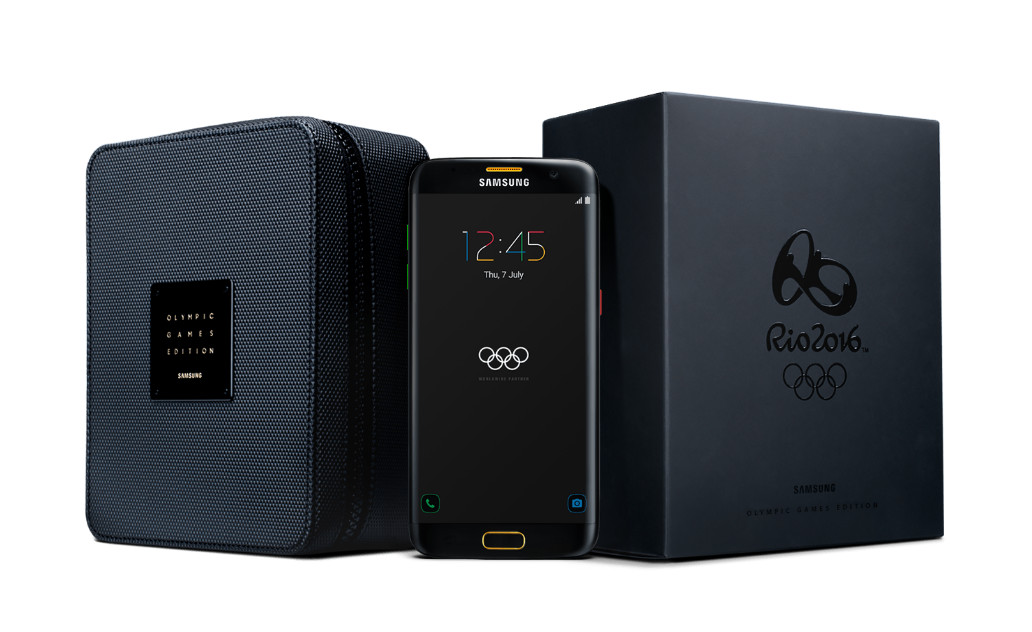 The Samsung S7 edge was launched earlier in the year and received near unanimous praise from consumers and reviewers alike. While the Note7 will become Samsung's latest handset in a month's time, the company has introduced an iteration of its S7 edge handset that offers a bit more flavor.

The S7 edge Olympic Games Edition will be given to 12,500 athletes competing in the 2016 Summer Olympics in Rio de Janeiro, Brazil. The handset offers a black colored frame, similar to the Injustice Edition released last month, and will have hints of green, blue, yellow and red - which represent the colors of the Olympic rings.

Sports are all about an individual’s relentless journey of challenging complacency, and the Olympic Games are the ultimate global celebration of the progress and achievement of athletes, countries and their fans coming together to unite the world. Samsung admires the spirit of Olympians and fans across the globe who continuously push boundaries for the better.

If interested, Samsung will offer a limited supply of the 2,016 handsets, that will be made available for purchase in Brazil, United States, China, Germany and Korea on July 18th. Samsung has not disclosed pricing for the S7 edge Olympics Games Edition, but it will most likely put a hefty dent in most consumers wallets.