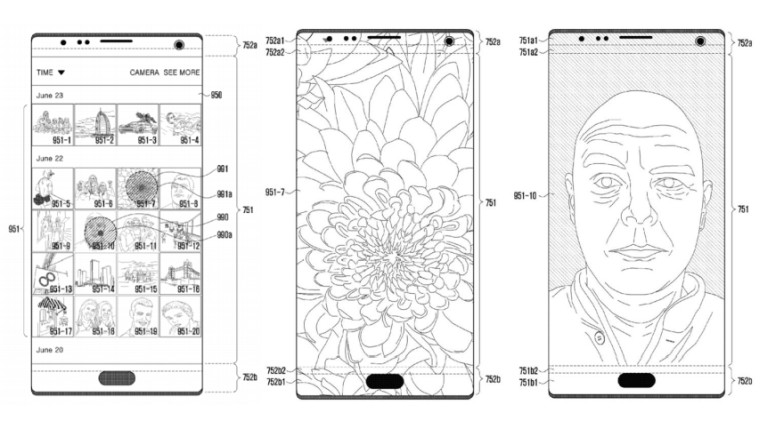 Apple's notch design in it's iPhone X was an attempt to give users more screen space and smaller bezels. Samsung has hinted at heading in that direction with a few different patents, including one last week. But the company apparently is also exploring another option that could embed the troublesome camera and sensors inside the screen itself.

The patent, filed with the World Intellectual Property Organization last May and finally published today, shows a device with multiple holes cut in the screen to house the front-facing electronics. There is another version with a minute notch at the top that resembles the notch in the Essential PH-1.

The patent also shows that the fingerprint sensor would be moved to the front under the screen as well, with options of a sensor under the screen - which is currently being employed by Vivo using the Synaptics sensor - or a physical button set in the display.

Of course, the patent means nothing, as Samsung could just be getting on record with the idea without any immediate plans to implement it right away in either the upcoming Galaxy S9, S9+ or Note9. But it is more food for thought in how companies are trying to utilize the full screen on phone displays with no impediments.