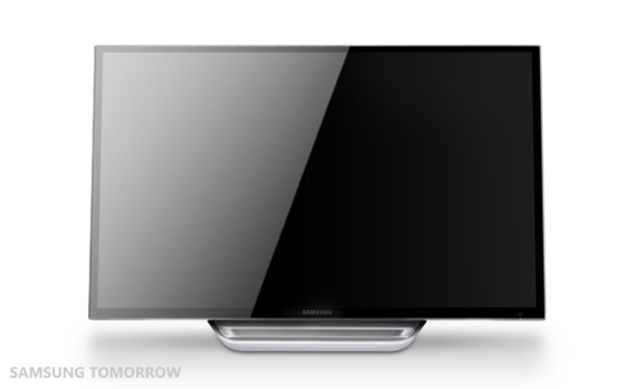 New Year's Day 2013 also means there's less than a week before CES 2013 begins in Las Vegas and some companies are already making some reveals of what they will be showing off on the show floor ahead of time, including Samsung.

Today, Samsung said it would be showing two upcoming monitors designed for PC desktops as part of its CES 2013 product lineup; one of them, the 24 inch Series 7 Touch SC770. This monitor is the first the company has made to specifically support Windows 8 and its touch screen UI. The press release states:

Supporting up to 10 points of simultaneous multi-touch, users can drag, rotate or select objects on the monitor using their fingers. The flexible, ergonomic stand of the SC770 conveniently adjusts to user preferences, offering a 60-degree tilt for comfortable use of the touch display. Additionally, the ultra-thin bezel along with wide viewing angles provides a truly immersive viewing experience.

Samsung will also show the non-touch screen 27 inch Series 7 SC750 monitor at CES 2013, which can be positioned in a 90-degree format for viewing content in either landscape or portrait mode. Both monitors have a top resolution of 1920x1080. While Samsung has yet to reveal pricing for either one of these monitors, they will go on sale sometime in the first quarter of 2013.