Curved displays seem to be all the rage these days, although some of them are just outside the budgets of most buyers. Samsung unveiled a curved 105-inch 4K TV back in July for the princely sum of $129,000 - but for those whose pockets aren't quite so deep, the company has shown off a more modest curved display that won't require you to sell your house to pay for it. 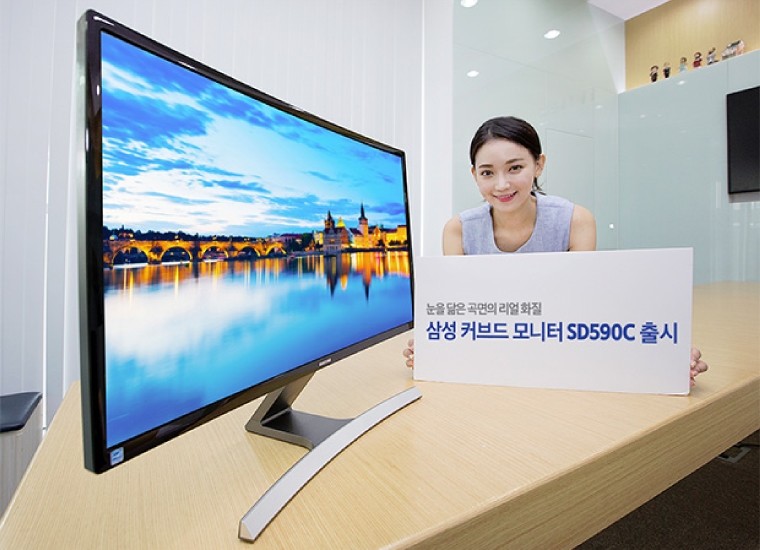 He also said that the display "takes movie watching and gaming to new heights, from the monitor's unique curved screen and comprehensive entertainment features, to the incredible picture quality and the impressive sleek design."

Samsung says that "the game mode intelligently detects on-screen changes and corrects blurry images, enhances colours and alters contrast for improved visibility of in-game action." The company also claims that the curve of the screen provides a wider field of view, and a greater sense of depth, adding to that all-important 'immersive' experience.