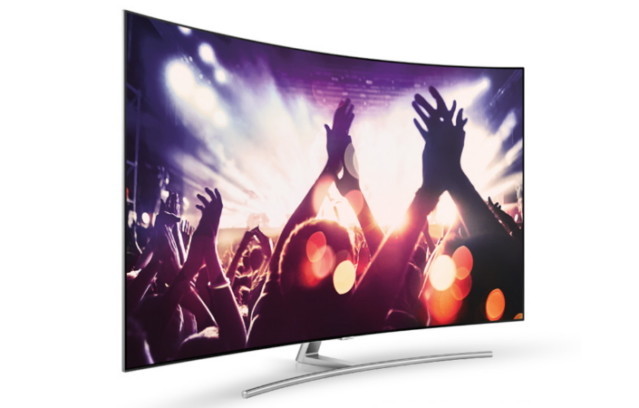 Ahead of CES 2017, Samsung announced its new QLED TV series, following up on its recent announcement of Quantum dot gaming monitors. The range, comprising of the new Q9, Q8 and Q7 models to its lineup, feature QLED, a Samsung visual display technology designed to provide the most realistic on-display picture ever. Hyunsuk Kim, President of Samsung’s Visual Display Business said:

“With the advent of QLED TV, we provide the most true-to-life picture on screen. We have been successful in solving for past inconsistencies in the viewing experience and consumer pain points while redefining the fundamental value of TV.”

The new display technology being offered by Samsung does tout some impressive figures, offering up 100 percent colour volume, they’re able to express all colours at any level of brightness, meaning subtle differences in colour are still visible even at peak luminance, which Samsung state is between 1,500 and 2,000 nits.

Perhaps most interestingly, QLED means that the new Samsung displays now present colours differently depending on the level of brightness, so an object on screen may look a completely different colour at at 50% brightness than it would at 80%, a more natural reflection of real life colour.

QLED uses Quantum dot technology. With the main aim of the technology being the boosting of colour performance, deeper blacks regardless of brightness and the ability to be viewed perfectly from any viewing angle, Samsung appears to have been working hard to try and develop displays that, to put it simply, look as stunning in a dark room on half brightness as they do in a brightly lit room on full brightness.

Samsung also used the event to unveil improvements to the physical design of the TV’s, including a no-gap wall mount, an ‘Invisible Connection’ cable, designed to provide amalgamated audio/visual data to the TV in a single cable from all of its connected devices, removing all those messy peripheral wires, and two new stands for customers who prefer a free-standing TV. There is a new ‘Studio Stand’ which resembles an easel, or a ‘Gravity Stand’ which Samsung describes as giving the TV a ‘contemporary sculpture’ feel.