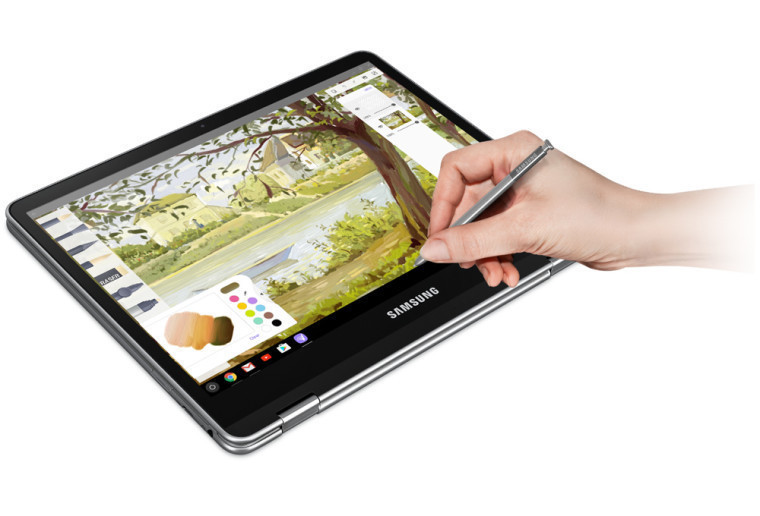 The Samsung Chromebook Plus, which was announced at CES 2017 last month, is now available for pre-order from Samsung, Amazon, and Best Buy for a hefty $449.99. The laptop doesn’t have a launch date just yet but the Amazon order page states that the product “usually ships within 1 to 2 months”, so there could be a March or April launch for the laptop/tablet hybrid.

The Samsung Chromebook Plus features a 12.3-inch screen with a resolution of 2400x1600 pixels. It has a 2GHz hexa-core OP1 ARM processor that was custom made for Chromebooks. There is 4GB of DDR3 RAM packed inside as well as a 32GB Flash Memory Solid State drive for storing data. It features 802.11 a/b/g/n/ac wireless and has an average battery life of 10 hours.

The hybrid machine comes with the S Pen which allows you to doodle, sketch, personalise a photo, take screenshots, magnify, or unlock the screen. The inclusion of the pen will make design applications such as Adobe’s Android apps significantly easier to use. Speaking of Android apps, the Chromebook Plus includes Google Play support from the outset, while some other Chromebook devices are still waiting on Google Play functionality to arrive.