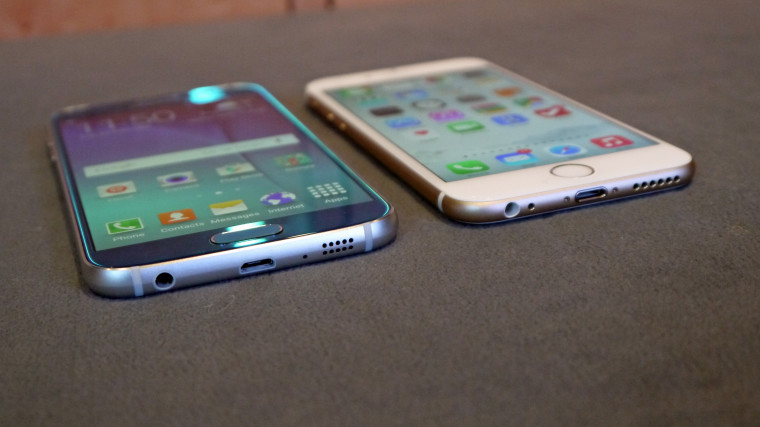 The Galaxy S6 (left) next to the iPhone 6

The "Bendgate" pseudo-scandal, in which the newly released iPhone 6 Plus was bending in user's pockets, received much attention from the media last year, prompting Apple into issuing an apology to the small number of users affected.

Now it seems like Bendgate 2.0 is upon us, as a new video posted by SquareTrade shows that the new Samsung Galaxy S6 Edge bends under the exact same amount of pressure as the iPhone 6 Plus. Both devices were tested and could tolerate 110 lbs of pressure before bending. Apple's iPhone only bent under that amount of pressure while the S6 Edge's screen cracked. The newly released HTC One M9 could deal with 120 lb before becoming unusable due to the placement of its lock button.

SquareTrade also tested the phones to a point of "catastrophic failure," the point where they become unstable which is essentially when the screen cracks. The Galaxy S6 Edge survived 149 lbs before failing while the iPhone 6 Plus survived a little under 180 lbs.

Samsung and HTC made a big deal out of "bendgate," including the tweet below, words Samsung may now want to eat.