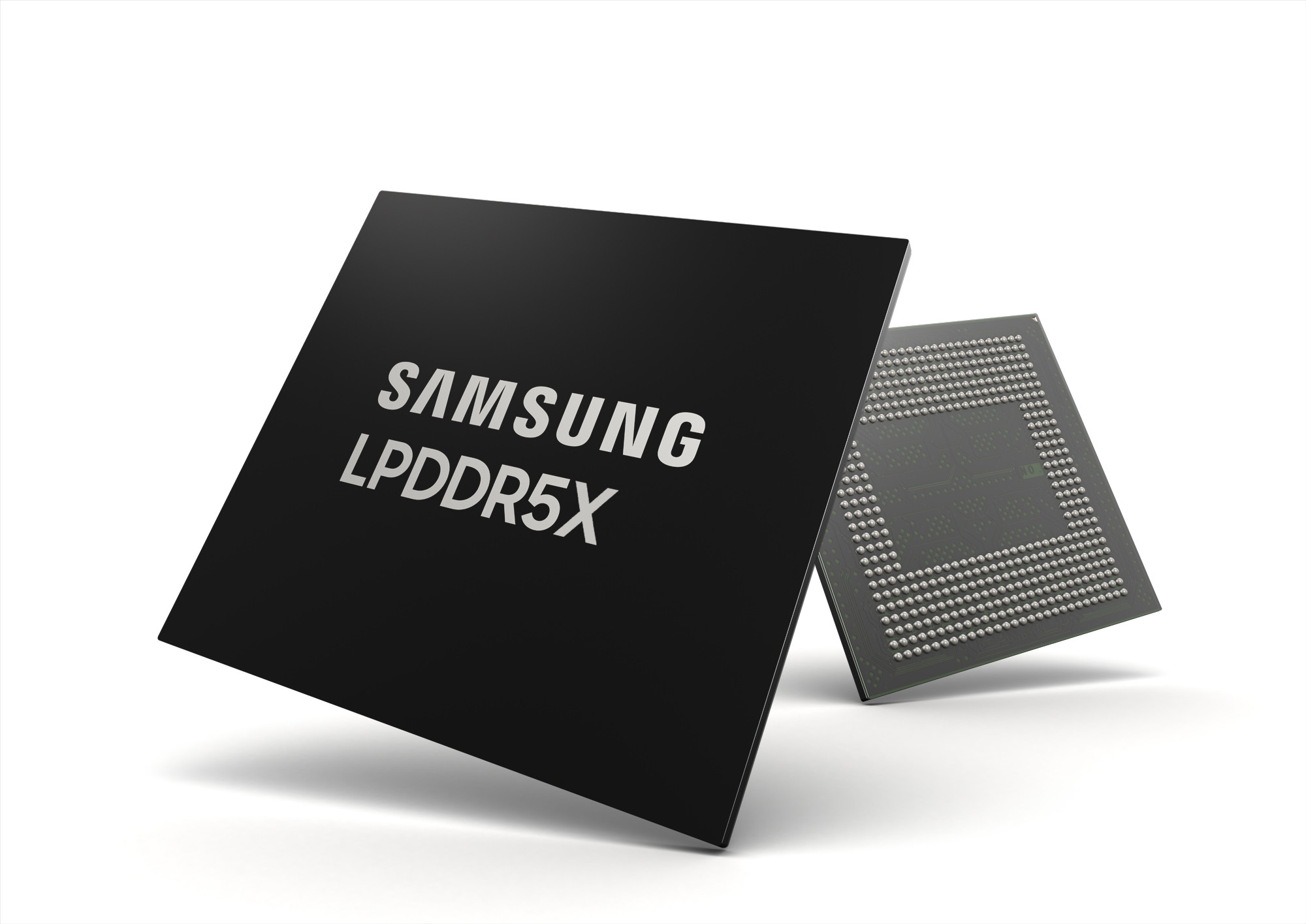 Samsung has announced today that it has developed the industry's first LPDDR5X DRAM which succeeds its previous LPDDR5 standard. The latter made it possible to build 16GB memory solutions for smartphones capable of delivering 5.5Gbps of data. Other higher-end devices, like laptops based on Intel's 12th gen Alder Lake-P mobile CPUs, may even support higher speeds of 6.4Gbps, which is the fastest LPDDR5 memory of Samsung is currently capable of running at.

LPDDR5X will boost this speed by around 30% taking it up to 8.5Gbps. While that's a decent bump-up, it pales in comparison to the astonishing four times increase in the capacity that LPDDR5X brings, which is stated at being 64GB. Samsung says that it will be made possible using its 14nm 16Gb (2GB) LPDDR5X chips which will likely be developed using some form of UFS-based Multi-chip package (uMCP) technology. Currently, the company a uses UFS 3.1-based solution for LPDDR5 so it's possible that the next-gen UFS will be used for LPDDR5X.

This means that flagship smartphones in the future might be carrying 64GB of memory which currently seems to top out at 18GB using LPDDR5 on gaming phones like the ASUS ROG Phone 5. However, it is also possible that the 64GB capacities may only be reserved for laptops or other higher-end devices and implementations. That's because 64GB will probably still be overkill even for the most heavy-duty multi-tasking and gaming smartphones from the next generation. Samsung itself also hints at this stating:

Our LPDDR5X will broaden the use of high-performance, low-power memory beyond smartphones and bring new capabilities to AI-based edge applications like servers and even automobiles.

Alongside speed and capacity improvements, LPDDR5X also promises a 20% power efficiency increase as compared to the LPDDR5 standard. Samsung expects mass production of the new LPDDR5X chips to begin towards the end of the year.

You can find the press release here.

Update: Samsung contacted us and clarified that it is looking to begin mass-production of the LPDDR5X chips next year with the scale and timing of that largely depending on customer needs and demands.