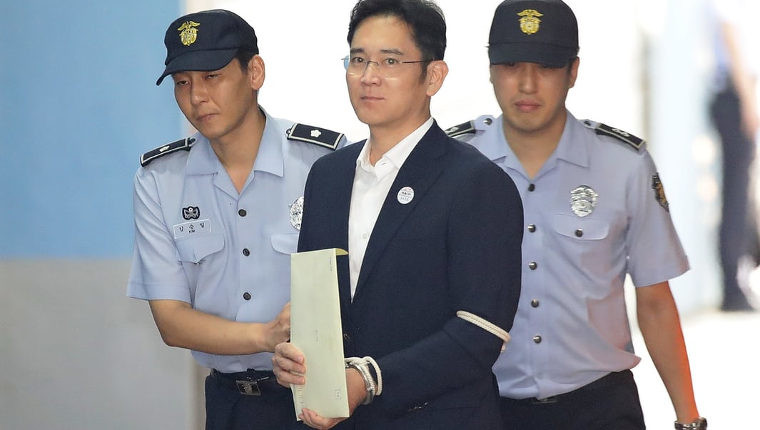 Lee Jae-yong, Samsung’s vice chairman, has been sentenced by a South Korean court to five years in jail for offering bribes and committing perjury.

Lee is the third-richest man in South Korea and was likely to take over matters at Samsung when the time arose. He was accused of donating large sums to foundations run by the former South Korean president, Park Geun-hye, in return for political favours.

“As a lawyer I cannot possibly agree with the juridical decisions and acknowledged facts involved in the verdict of the first trial. We will appeal against the decision, and I am sure that in the appellate trial all the charges will be dismissed.”

According to reports, Lee showed no reaction in court as his sentence was handed down; he was found guilty of bribery, embezzlement, hiding assets overseas, and concealing profit from criminal acts and perjury. With the plan to appeal the decision, Lee’s case could end up being decided by the country’s supreme court as soon as next year.

This news is just the latest piece of bad press that the company has received; the company is still trying to make a good impression with its latest flagship devices following the battery issues that were present in the Galaxy Note7 which are still fresh in people’s minds.