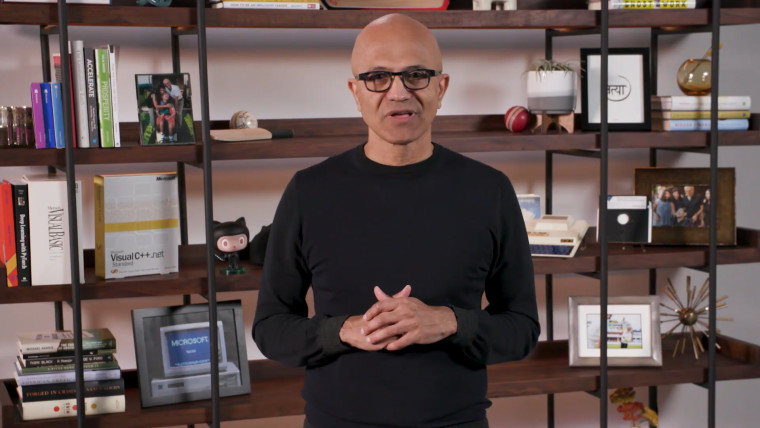 Microsoft kicks off its Build developer conference today and there’s a ton of news around the announcements across the various products from the Redmond giant. While the conference focuses heavily on developers, CEO Satya Nadella mentioned during the opening keynote that the company will soon share “one of the most significant updates to Windows of the past decade” when talking about developer opportunities in Windows.

While this most likely refers to the upcoming Sun Valley update for Windows 10 – that aims to bring a visual refresh to the OS –, what’s interesting is that Nadella teased that he has been self-hosting the update for several months, adding that he is “incredibly excited about the next generation of Windows”. This echoes what Microsoft’s Panos Panay said during a brief fireside chat at the spring Ignite conference earlier this year. However, what’s different between then and now is that the firm was working on a true next-generation Windows version called Windows 10X, which is now seemingly cancelled, with focus shifting to Windows 10.

Here is the complete statement from the keynote:

“And soon we will share one of the most significant updates to Windows of the past decade to unlock greater economic opportunity for developers and creators. I have been self-hosting it over the past several months and I am incredibly excited about the next generation of Windows. Our promise to you is this, we will create more [opportunities] for every Windows developer today and welcome every creator who is looking for the most innovative, new, open platform to build[,] distribute[,] and monetize applications. We look forward to sharing more very soon.”

It is not clear if Nadella’s comments about the next generation of “Windows” point to the company’s possible plans to brand the rumored Sun Valley update for Windows 10 differently. The firm is rumored to also be bringing new Microsoft Store policies, allowing for a greater variety of apps in the store. These changes come along with the promise of bringing some Windows 10X features to Windows 10.

Microsoft is expected to hold a separate virtual event for Windows to share more about the Sun Valley update (presumably termed version 21H2) soon. Windows Insiders will be the first ones to receive the new OS bits for testing before the update heads out to users later in the fall. It will be interesting to see what the company has in store for users and if there will be efforts to rebrand the OS in some form to signal a major update.