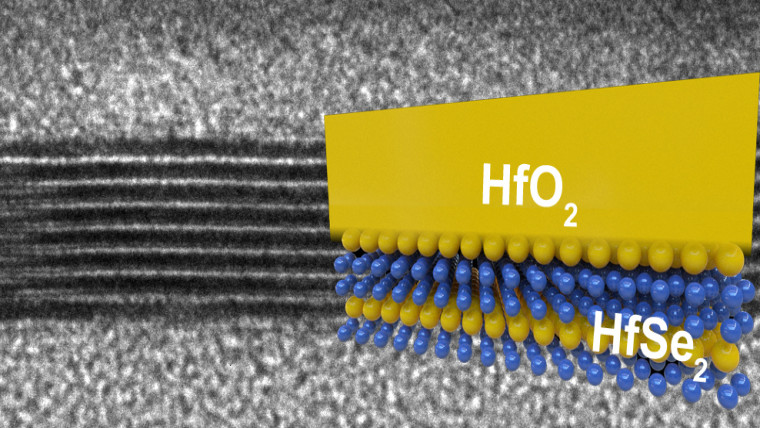 It's becoming increasingly difficult to shrink the size of silicon based transistors on a regular basis. Today, semiconductor manufacturers hold onto the same process node for more than two years, defying the famous prediction by Gordon Moore.

Silicon has many characteristics that make it an ideal semiconductor material: It's found abundantly on Earth. When exposed to oxygen it creates a layer of silicon dioxide that isolates the semiconductor circuitry which in turn works as an insulator.

Now, scientists from Stanford University have found two semiconductor materials, namely hafnium diselenide and zirconium diselenide, that not only are similar to silicon in many regards but also solves its biggest drawback: they can be made thinner. Thanks to their high-k dielectric nature, the researchers were able to make functional circuits with these materials that are only three atoms thick. As a result, they require less energy for switching, making them more efficient than their silicon based counterparts.

According to Eric Pop, one of the researchers behind this study, “Silicon won’t go away. But for consumers, this could mean much longer battery life and much more complex functionality if these semiconductors can be integrated with silicon.”

While this certainly sounds wonderful, don't get your hopes up yet. This isn't the first time we have heard about a potential silicon replacement (here's looking at you, graphene.) The effect of quantum tunneling becomes ten folds when transistors are shrunk at this scale so it will probably be years before this technology becomes mainstream.