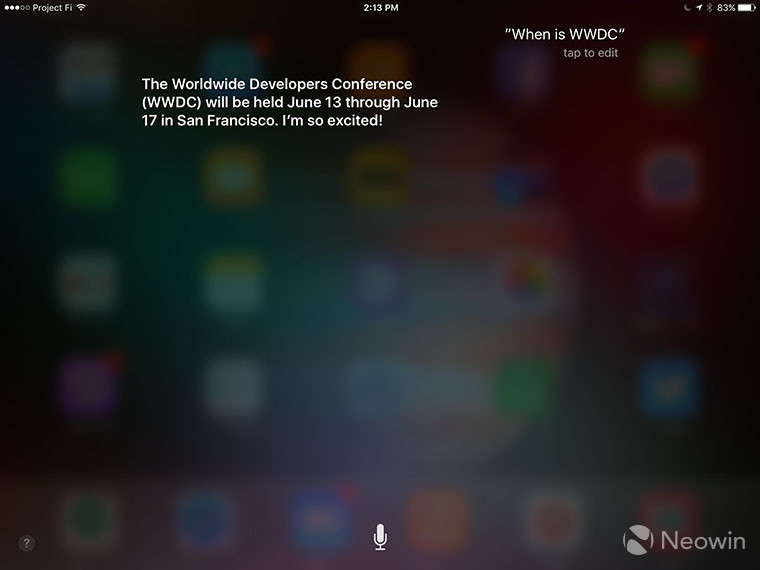 Apple has not yet formally announced the dates of its upcoming Worldwide Developer Conference (WWDC), but the firm is no longer keeping a lid on it. It would seem that the tech giant is offering the news through its digital assistant Siri.

As you can probably imagine, pressing Siri for more information doesn't yield any results. She will either say that she can't answer the question or link to Apple's WWDC web site, which still shows information about WWDC 2015.

June 13 was the date that was rumored back in January, so if anything, the news isn't surprising. It may, however, be considered surprising that Apple has released the news through its digital voice assistant.

WWDC is Apple's annual developer conference, so it is likely that this is where the firm will announce what's next for its platforms. We're expecting to hear about iOS 10, OS X 10.12 (or macOS 10.12), watchOS 3, and tvOS 10. If history is any indicator, they'll also provide developer betas following the keynote.

If you're interested in what's next for Apple, keep your calendar open for June 13.

Update: Apple has since announced details about the event.